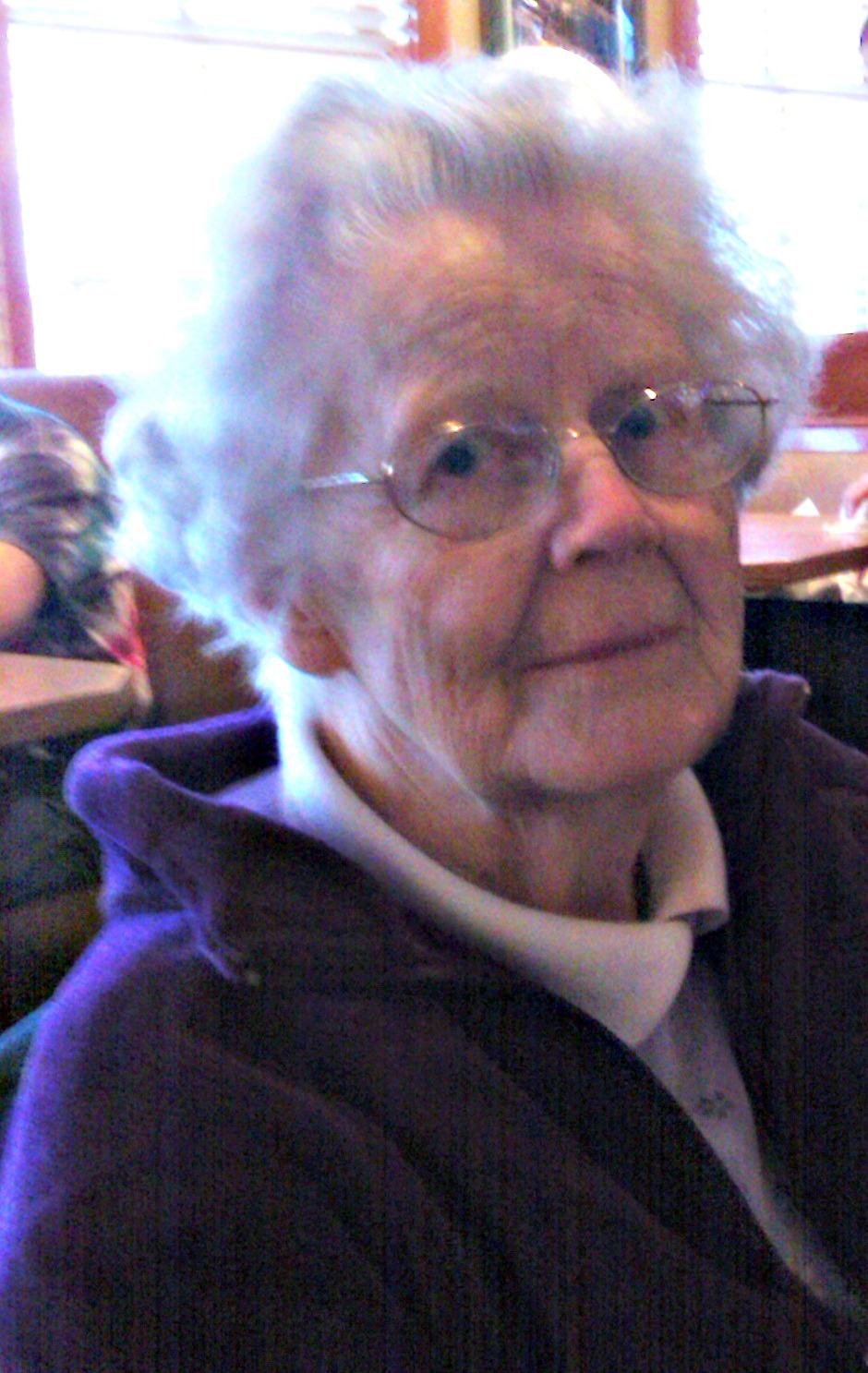 Georgia L Beatty passed away on June 9, 2015, after 95 full and productive years! She was born the ninth child of Frank and Sallie Stringer in Delhi, Colo. on April 27, 1920. She is survived by her three children, Wayne (Dorothy) of Casper, Wyo., Gregory of Littleton, Colo. and Peggy (Tom) Pighetti of Littleton, Colo. She was very proud of her five grandchildren, Phillip (Tammy-Jean) Beatty of Arlington, Va., Tim Beatty of Cary, N.C., Vanessa Pighetti of Centennial, Colo., Nathan (Joanna) Beatty of Royal Oak, Mich. and Jolena (Marc) Kimmett of Littleton, Colo. Also survived by seven great-grandchildren; and numerous nieces, nephews, great-nieces and great-nephews. Preceded in death by her husband, George E. Beatty; and eight brothers and sisters. Georgia was a lifelong and active member of Lake Avenue Baptist Church where she was involved with Sunday school and congregational leadership. She was an active volunteer in PTA and worked tirelessly to help develop appropriate opportunities for the developmentally disabled and was also an avid and accomplished card player. From early in her life, beginning at age 17, she worked in Pueblo at a number of people oriented jobs, starting in 1937 as a telephone operator with Mountain Bell, sales clerk at Crews-Beggs and finally retiring at age 72, as a medical receptionist with Doctors Gardner, Hite and Bagale. Work and devotion to her disabled son Greg was always very important to Georgia. As a young person of the depression era, she always stressed working hard and being thankful to have a job. Celebration of her life is planned for 10 a.m. on Friday, July 31, 2015, at Montgomery & Steward Chapel, 1317 N. Main, Pueblo. Reception, Lake Avenue Baptist Church. In lieu of flowers people are encouraged to make a donation to the developmental disability group of their choice in her name. Online condolences, www.montgomerysteward.com