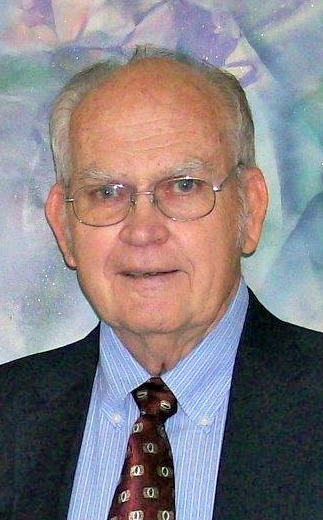 GEORGE LAUE April 15, 1937 - July 1, 2016 George Roger Laue, 79, passed away peacefully at Brookdale-Skyline in Colorado Springs, CO on Friday, July 1, 2016 with his wife and daughter at his side. George was born on April 15, 1937 in Chicago Heights, IL to Earl and Gladys (Olson) Laue. In 1944 he moved with his family to Denver CO because of concerns about his father's health. George graduated from South High School in Denver in 1955. He served in the US Naval Reserve for 8 years, receiving an Honorable Discharge in 1962. He attended the University of Colorado in Boulder CO for one year and then began working to earn money to continue his education. He started work with the Colorado Department of Transportation (CDOT) in Denver in 1956 as a junior engineering technician. In 1969, he graduated from Colorado University's Denver Center with a degree in Civil Engineering, after going to night school and classes part-time for 13 years. He became a Registered Professional Engineer that same year in December. George worked in the Denver CDOT office until he transferred to the Durango, CO office in 1977, where he was the District Design Engineer. He retired in 1992, after 35 years of service. George had a varied and interesting career with CDOT, working on design projects in the construction of I-70 through Colorado, including the Eisenhower Tunnel, the cantilevered lanes of the interstate highway through Glenwood Canyon and on highway projects in the mountains of southwest Colorado. On June 13, 1959 George married Elaine Regeth in Denver. They continued to live there until he was transferred to Durango. After his retirement, they moved to Pueblo West, CO where they resided for the next 20 years. In 2006, George was diagnosed with Parkinson's disease. He spent the last several years at Brookdale-Skyline Long Term care in Colorado Springs nearer to his daughter and family. His wife resided in an apartment at the same facility. George was an avid collector of western memorabilia and he enjoyed studying the history of the Old West. He also collected coins, and the arts and crafts of the southwest Native Americans. During the years in Durango, he and his wife explored the scenic grandeur of the 4-Corners area, going on camping and hiking adventures that created memories to last a lifetime. They traveled extensively in Europe, Scandinavia and the British Isles. They were able to visit the homelands of their ancestors in Sweden and Czechoslovakia. They went on numerous trips and tours to most of the 50 states, including Alaska and also across Canada and the Yukon Territory, along with an anniversary trip to Hawaii. George especially enjoyed the annual trips to the Regeth farm and ranch in western North Dakota. He was a member of the Pueblo West Sportsmen Assoc., NRA, Pueblo West Seniorsn Retirees, and the Colorado Society of Professional Engineers (NSPE-CO). George is survived by his loving wife of 57 years, Elaine; daughter Cheryl (Bradley) Bean; Granddaughters Leah (Charles) Aly and Brook Bean (Fiancée Matthew Koltun); and his brother Earl Virginia) Laue. A Celebration of Life and Memories will be held at 2:00 PM on Thursday, July 14, 2016, in the Skyline Room at Brookdale-Skyline, 2365 Patriot Heights, Colorado Springs. A private inurnment will take place at Mountain View Cemetery Columbarium in Pueblo. Memorials may be made to Pikes Peak Hospice Foundation, 2550 Tenderfoot Hill St., Colorado Springs, CO 80906 or Parkinson Association of the Rockies, 1325 S. Colorado Blvd., Ste 204B, Denver, CO 80222. Online condolences www.MontgomerySteward.com.