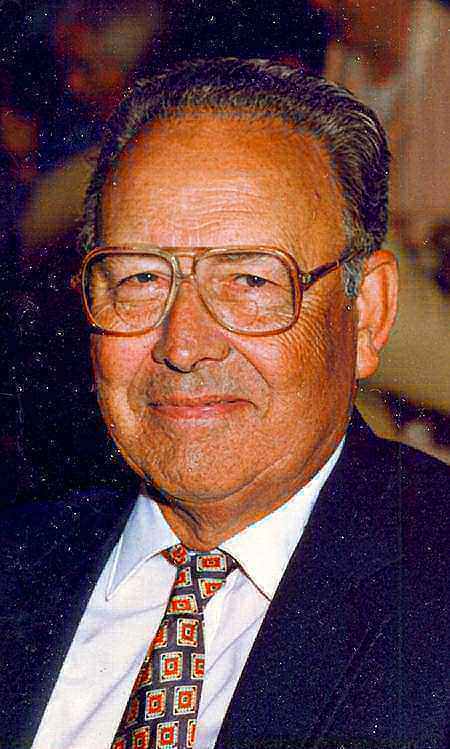 Gene LeRoy Pedersen Sr., 87, passed away Oct. 5, 2009. Survived by his wife of 65 years, Margaret Jones Pedersen; children, Linda (Ross) Beatty, Gene L. Pedersen Jr., Lars Pedersen II and Kathryn R. Pedersen, all of Pueblo; granddaughter, Stephanie M. Freer of Chapel Hills, N.C.; siblings, Lars (Bonnie) Pedersen, Victor (Lorraine) Pedersen of Superior, Neb. and Rex (Luz) Pedersen of Las Vegas, Nev.; sister, Alberta Bagley of Chico, Calif.; sisters-in-law, Elizabeth Yeatts and Sally Capps; brother-in-law, William (Phyllis) Jones of Lynchburg, Va.; 18 nieces; 18 nephews; many cousins and friends. He was preceded in death by his parents, Lars and Leta Pedersen of Hardy, Neb.; siblings, Lloyd and Max Pedersen, Marie Nelsen and Ruth Crispin. Gene was born May 17, 1922, in Hardy, Nebr. He served in the U.S. Navy Air Force in Miami, Fla., during WWII. He was a lifetime member of The American Legion. After the war, he and his wife moved to Lynchburg, Va. He worked for the Lynchburg Transit Company as a driver and supervisor for 11 years. They were charter members of the Timberlake Methodist Church. There in enjoyed many friends and relatives. His love for aircraft lead him to join the space program in its infancy at Martin Marietta in the Denver area. During his 23 years with the space program he worked on the first Titan, the Moon, Mars and Viking landings, the space station and the space shuttle. He never lost his enthusiasm for the space program. He was an avid golfer. He and his wife traveled all over the U.S. and the world. He enjoyed 32 years of retirement living in Phoenix, Las Vegas, Nev. and Pueblo while traveling and enjoying his large, close-knit family and friends all over the U.S. and world. There will be no viewing or service. Cremation, Montgomery & Steward Crematorium. In lieu of food and flowers, memorials may be made to Pueblo Animal Services through Montgomery & Steward Funeral Directors, 1317 N. Main St., Pueblo, Colo. 81003. Online condolences, www.montgomerysteward.com