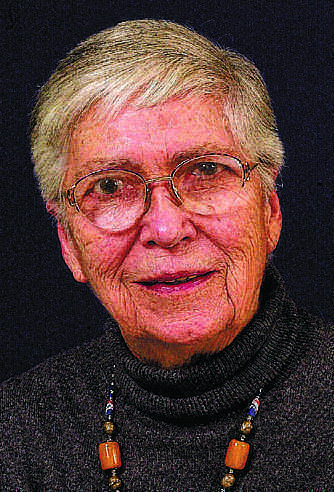 Gail Lorine Pitts, 83, passed away Aug. 31, 2011. Survived by her cousins, Rick Wallace of Cincinnati, Ohio, Jean Wallace of Media, Pa., Veronica Goldstein of Media, Pa., Nancy Pitts and Harry G. McMahon of Savannah, Ga., H. Gibson McMahon, Jr., H. Gibson McMahon III, and Joshua McMahon of Atlanta, Ga. and Leigh McMahon, Savannah, Ga. Preceded in death by her parents, Lorine L. and William N. Pitts. Gail was born January 30, 1928, in Milwaukee, Wisconsin. After graduating with a B.S. in journalism in 1949 from Southern Methodist University in Dallas, Gail enjoyed a successful, varied and exceptionally long career in journalism and business. After college, Gail went to work for Braniff Airlines as a stewardess, and soon after joined the (then) Dallas Times Herald as a reporter. She covered business, society, and, occasionally, sports before being named as the paper's Women's News Editor in 1955. In an article about her promotion, she said at the time: 'They say that the city desk is the heart of the newspaper. That may be true, but women's news is its soul.' Gail moved to Denver a few years later, where she variously worked for the Denver Post covering society and women's news, as an account executive for a public relations firm, then as vice president for Colorado Federal Savings. Gail rejoined the Denver Post in 1977 as a business news writer and later was promoted to Business News Editor ' at the time, she was the only woman in the nation to head the business and financial news operation for a major metropolitan daily newspaper. An entrepreneur at heart, Gail left the Denver post in 1987 to found the Rocky Mountain Almanac with her colleague Lee Olson, long-time Post editorial page writer. After publishing the Almanac for several years, Gail moved to Pueblo in 1991, at age 62, to become a business reporter for The Pueblo Chieftain. Over the next 12 years, she wrote hundreds of stories, and 'interviewed anybody and everybody on a series of annual road trips,' colleagues recall. Gail also was well known for her dedication to covering the livestock shows at the annual Colorado State Fair, wearing her signature plaid dress. Colleagues say she was known to work 17 days straight, 'until she wore everybody else out!' After her retirement from The Pueblo Chieftain in 2003, Gail volunteered at the El Pueblo Museum for four years, where she served as rental coordinator, greeting potential clients and helping them plan events. Gail enjoyed many friendships and wide-ranging interests throughout her life, including entertaining, news, politics, travel, books, music, Southwestern history, and spending time at her beloved summer cabin near Boulder. Gail was a member of the Denver Press Club, the Denver Woman's Press Club and the Southern Colorado Press Club. Gail's cousins, Jean and Rick Wallace, invite Gail's friends to a special gathering to remember and celebrate her life, from 4 to 7 p.m. on Friday, September 30, 2011, at the Pueblo Union Depot, 132 W. B Street. At the remembrance event, Gail's family and friends will share stories and fond memories of her. In order to be able to prepare properly, those who plan to attend, please call or email Dian Montgomery at Montgomery & Steward (Dian@montgomerysteward.com) or call 719-542-1552. Memorial donations for Gail Pitts may be made to the Pueblo City-County Library District (for the Newseum or the Western History Collection), the El Pueblo Museum, or the Ascension Episcopal Church through Montgomery & Steward Funeral Directors, 1317 N. Main St., Pueblo, CO 81003. Online condolences, MontgomerySteward.com