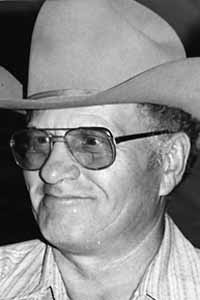 Fred A. Fitzsimmons, 81, of Pueblo, passed away Jan. 30, 2006. Fred was born in Las Animas, Colo. on Oct. 7, 1924. He is survived by his wife of 48 years, Evelyn J. Fitzsimmons. They met and married in Cortez, Colo. in 1957, at the beginning of his 30-year career with the Colorado State University Cooperative Extension service. He served in the 3rd Infantry Division during WWII and was awarded The Bronze Star and a Purple Heart. He earned bachelors and masters degrees from CSU. He was a member of the Pueblo County Retirement Board and in 1980 was named a Life Member of the Pueblo County Stockman's Association. He was Assistant Superintendent of the Fed Beef Contest at the National Western Stock Show for several years. A lifelong member of the United Methodist Church, he was active from the parish to the Conference level. He was also a member of Rotary Club #43 and was involved in many community organizations. He thoroughly enjoyed restoring and driving his 1930 Model A Ford with the Southern Colorado A's. He is also survived by his son, Clay (Donna) Fitzsimmons of Pueblo; daughters, Carol (Gary) McDonald of Littleton, Colo. and Della Thais (David) Magill of Lancaster, Penn; sisters, Betty (Don) Johnson, Helen Shriver; brother, Lee (Helen) Fitzsimmons, all of California; seven grandchildren; and two great-grandsons. He was preceded in death by his mother, Della; father, Otto; brother, Kent; and cherished aunt, Grace Cassidy. Memorial service, 10 a.m. Friday, Feb 3, 2006, at St. Paul United Methodist Church, 107 E. Routt Avenue. In lieu of flowers, donations may be made to the Fred Fitzsimmons Memorial for Family Accommodations at St. Mary Corwin Hospital, the Pueblo County 4-H Foundation, the CSU Foundation--Department of Animal Sciences, or a charity of your choice, through Montgomery & Steward Funeral Directors, 1317 N. Main St., Pueblo, Colo. 81003. Online condolences, www.montgomerysteward.com