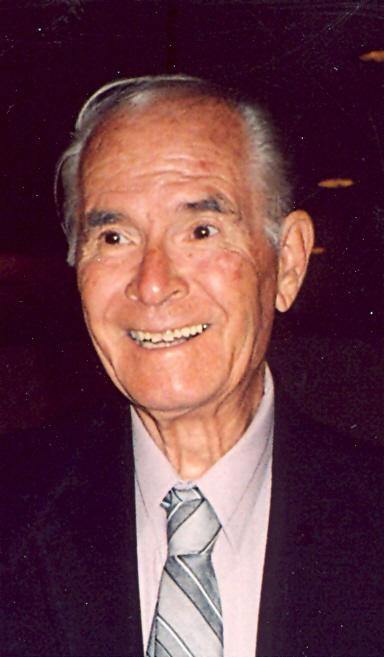 Frank Jesse 'Buddy' Starginer passed away on August 20, 2009, after a brief illness. He was born to Frank Sr. and Mary Starginer on July 16, 1928. Mourning his passing are his son, Chuck and Chuck's girlfriend, Jackie Fisher; Phyllis Filler, Frank's beloved; his cousins, Pauline Pauchick, Ed Orazem, Norma (Al) Becco, Pat McCarthy, Shirley Keen and Charlie (Pat) Keen; and a host of friends. Frank was preceded in death by his parents and foster mothers, Norma Wewerka and Lucretia 'Creta' Fisher. Frank was actively involved with Chuck in the Star Nursery, started by Frank Sr. in the 1920's. Frank received a Bachelor's degree from Southern Colorado State College in 1972. Since Frank was very knowledgeable in horticulture, customers often came to talk to him about gardening and landscaping problems. Frank, who began playing the accordion at the age of nine, excelled as a musician. He played accordion with bands headed by Frankie Yankovic, Milo Youngman, Jim Ehrlich and others. Frank was inducted into the Pueblo Music Hall of Fame in 1999. Recently, Frank and his friend, Phyllis, formed an accordion duo and played for anniversaries, birthdays, nursing homes as well as the VA hospital at Walsenburg, Colo. Frank loved to dance and attended dances up to the month before his death. Frank was a member of the Army Reserve. In the past he played trumpet with VFW Post 61 Drum and Bugle Corps. He was a member of the Cathedral of the Sacred Heart, Eagles Lodge #145, Elks Lodge #90, Pueblo Country Historical Society, Southern Colorado Family Polka Club, The International Dance Club of Colorado Springs, The Pueblo German Club, The American Slovenian Catholic Union (KSKJ), the OWLS and the Old Historical Northside Organization (OHNO). Frank had played semi-professional basketball with the Bear-Axle team and played ice hockey until he was nearly 50 years old. Frank maintained an active interest in community environmental and political issues. He will be missed by his many friends, family and customers. A celebration of Frank's life will take place with a memorial Mass, 2 p.m. on Tuesday, September l, 2009, at The Cathedral of the Sacred Heart, at 11th and Grand in Pueblo. Friends will be greeted at Montgomery & Steward Banquet Hall (upstairs) following the service. Memorial gifts may be given in Frank's name for Animal Welfare (No Kill) Shelter, 800 N. Pueblo Blvd, 81003. Online condolences, MontgomerySteward.com