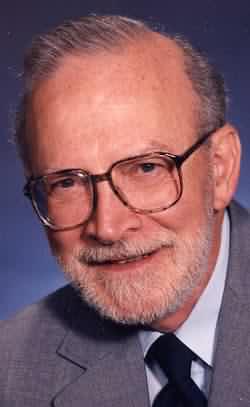 The heartbeat of Frank Cedrone, 73, stopped at 1:46 p.m., Sunday, February 23, 2003. A memorial service will be held at Hoag Recital Hall on Saturday, March 1, 2003, at 1:00 p.m. Frank was born in Brighton, Massachusetts. He studied with Bertha Hoffman of Brighton; David Ernst and Boris Goldovsky at the Longy School of Music; Franz Wasner, director of the Trapp Family Singers, and David Barnett at The New England Conservatory of Music. He attended the Boston Conservatory as a scholarship student and studied with Georg Fior. It was here that he met Victoria Markowski, and the piano team was born. They served as Musical Directors and accompanists at the Weston Playhouse in Weston, Vermont for Finian's Rainbow, Kiss Me Kate, The Fantasticks and Little Mary Sunshine, as well as Musical Directors and accompanists for the national tour of Kiss Me Kate for Stanley Wolff Productions in New York City. After graduation, they joined the conservatory's faculty. Upon leaving the conservatory, they moved to New York City where they coached with David Saperton, protégé and son-in-law of Leopold Godowsky. The Markowski and Cedrone duo won the prestigious Concert Artist's Guild Award, resulting in a New York City debut at Carnegie Recital Hall where they garnered highly favorable reviews. They completed two tours for the University of Wisconsin Bureau of Concerts and Lectures; the Cultural Enrichment Committee of Fairlawn, New Jersey; and Higher Horizons, New York City Board of Education; three tours for Redpath Concert Bureau; and five tours for the University of Minnesota Concert and Lecture Service; as well as innumerable performances for Community Concerts, United Audiences and Civic Music Associations. They were selected as Cultural Ambassadors for the State of Pennsylvania. After joining the University of Southern Colorado as Artists in Residence, they organized the first-ever International Piano Ensemble Competition, which attracted entrants from throughout the Western Hemisphere and Europe. At the University of Southern Colorado, Frank taught piano, piano class, piano ensemble and Music Appreciation. He retired from the University in 1999 but taught part time. He was a member of the Colorado State Music Teachers Association and the Music Teachers National Association, from which he held Master Teacher Certification and taught privately. He is a member of Local 802, New York City. He published a book, The Well Tempered Hanon; and his articles, How Fast Is Fast, How to Practice with the Metronome and Interspersed Practicing, were published in the Piano Guild Magazine. More recently, the piano-duo released their CD entitled 'Two-Piano Magic.' Frank served as Executive Director of the Pueblo Symphony for five years and was past president of the Colorado State Music Teachers Association. He was awarded the Baldwin Artist designation and was selected for Who's Who in Music. Other awards include: Honorary Member of Phi Mu Alpha Sinfonia; National Patron, Delta Omicron; and National Honorary, Kappa Gamma Psi. Frank is survived by his two-piano partner of 53 years, Victoria Markowski, her husband and Frank's loyal friend, Rod Townley, college students, private students and their families, members of the music faculty, other members of the USC community and friends in the Pueblo community. His immediate family consists of one sister, Anita Baia and three nieces, Jeanne (Fred) Ciliberto, Patricia Parma and Barbara (Barry) Fitzpatrick; 4 nieces; 4 great-nieces; 2 great-great nieces; 2 nephews and 2 great-nephews. His friends and family respectfully request no food or flowers. Those who wish to do so may make donations to the Frank Cedrone Piano Scholarship Fund through the USC Foundation.