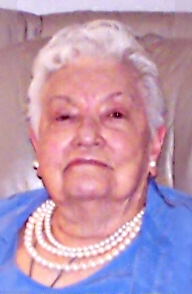 Frances Ada (Hewitt) Davis, 92, passed away June 23, 2009. Survived by her children, Kathy Bacino, Carla (Gary) Clerkin, Michael (Elizabeth) Davis, Patricia (Wayne) Halligan, Muriel Ann Davis, Mabel Gale (Ross) Reineke, Allan (Robin) Davis, Mary Frances Davis (Gary Bolster), Linda Lee Davis and Georganna (Pete) Morlan; grandchildren, Lance Sjodin, Keith and Amanda Reineke, Mallory and Marissa Davis, Michael Davis Jr., Julianna (Juan) Castro, Todd (Amanda) Clerkin, Tracy (Earl) Wolfe, Rob (Gwen) Halligan, Mark (April) Halligan and Christine Morlan; great-grandchildren, Braxton, Misty Dawn, Gary Edward, Evan, Bowen, Robbie, Jeff, Zach and Kristy; great-great grandchild, Skyler Vineyard. Also survived by her sisters, Mary Jo Hallock and Georgia Lou Russell. Frances is preceded in death by her husband, George Albert Davis; sons, George Albert, Jr., Keith Edward and Mark James; her parents; brother, Allyn; sister, Coralie; and her son-in-law, Tony Bacino. She was born July 10, 1916, in Campo, Colo., to Everett 'Cap' and Mabel Hewitt. She was raised in Springfield, Colo. As a young girl, Frances attended beauty school in Omaha, Nebr., then held her first job in Manitou Springs. She held a life time love for that little mountain town, especially the Cliff House. She worked at Rena's Beauty Shop in Springfield for three years until she married George Davis in 1938. They moved to California during the WWII years but returned to Springfield where they stayed until 1969. When her husband could no longer work, due to an illness, Frances went to nursing school at Poudre Valley Hospital in Ft. Collins. She obtained her LPN license and moved her family to Lamar where she worked for Dr. Blease, and Dr. Grieb. Later she moved to Denver, continuing her work with Dr. Blease, then the I.C. unit of a large nursing home. After retiring, she embraced the big city with gusto. She learned all the bus routes, and frequented the museums, galleries and theaters. She and her friend, Esther, traveled the state as well as the British Isles. She traveled to Hawaii on her own and had the time of her life. When her health began to fail, she moved to Pueblo where three of her daughters lived. Frances was a voracious reader, made applique quilts for her children and many handmade crafts that her children treasure. She looked forward to receiving the morning paper to do the crossword puzzles, in ink no less. She continued to work those crosswords even in the nursing home. Since Easter morning, when she had a stroke, her life has been difficult, but the loving and caring staffs of Sangre de Cristo Hospice and The Pavilion at Villa Pueblo Nursing Home made it easier on her and her family. Memorial service, 10 a.m. Friday, July 3, 2009, at the Methodist Church in Springfield. Colo. Interment in the Springfield Cemetery along side her family. Memorials may be made to Sangre de Cristo Hospice, American Diabetes Association or Alliance for Lupus, directly or through the funeral home. Online condolences, www.montgomerysteward.com