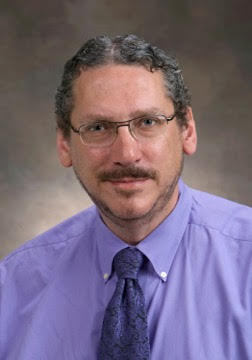 F. Michael Vislosky born on Sept. 29, 1957, passed away on Oct. 22, 2015. Michael leaves to cherish his memory his mother, Frances Vislosky; his two daschund 'boys' Jordan Marsh and Dunster; his aunt, Midge Kochevar; special cousins, John and Sue Kochevar, Mike, Dianne and James Taravella, Kathleen Kerrigan and many other Vislosky and Kochevar cousins and relatives. Preceding him in death were his cherished dogs, Cederic and Zelda. Mike knew at a very young age his passion was to serve and educate in the medical profession. He received his nursing diploma from the Massachusetts Institute of Technology. Subsequently, he worked in the intensive care unit at Massachusetts General Hospital providing cardiac care until 1990 when he returned to Pueblo, bringing with him his extensive expertise in this area. He worked at St. Mary Corwin Medical Center and served in the areas of Critical Care, Neuroscience, Trauma and Nursing Education. He was instrumental in developing the SMC Traumatic Brain Injury program and obtaining certification for the Advanced Primary Stroke Center. Michael also co-authored many publications in professional journals. Michael is continuing his passion for education after his death through the donation of his body to the University of Colorado Medical Bioscience Center. A special heartfelt thanks to Joe Zupancic, Charli Haines and Pam Kiefer, the doctors and nurses at St. Mary Corwin Hospital and Sangre de Cristo Hospice who cared so much for him. Memorial Mass, 10 a.m. on Saturday, Oct. 31, 2015, at St. Mary's Church, 307 E. Mesa Ave. We will greatly miss Michael's sense of humor and loyalty to his family and friends. In lieu of flowers and food, the family respectfully asks for donations to be made the Michael Vislosky Scholarship Fund in care of SMC Health Foundation, 1008 Minnequa Ave., Pueblo, CO 81004. Online condolences, www.montgomerysteward.com