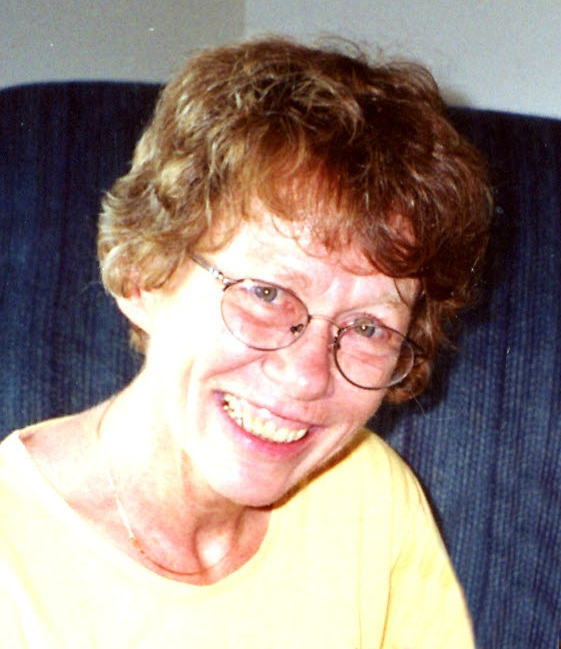 Eunice Sharon Yanke, 67, of Pueblo West, Colo., was born March 4, 1945, on the family farm near Blooming Prairie, Minn., to Ernest and Alice Yanke, and passed away Jan. 17, 2013, in Pueblo, after a long and courageous battle with a rare lung disease. Survived by her siblings, Janice (Virgil) Gerlach of Conroe, Texas, James (Barb) Yanke of Dodge Center, Minn., Ilene (Tom) Powell of Pleasant Hill, Ore., Diane Moser of Osceola, Wis.; sister-in-law, Marlies Yanke of Nixa, Mo.; and special friend, Betty Bumgarner of Pueblo West, Colo.; as well as an uncle, aunts, twelve nieces and nephews, and friends. Eunice also leaves her beloved Lhasa Apso, Yogi, who was the joy of her life. Preceded in death by her parents; a brother, Roger Yanke; and a brother-in-law, Jack Moser. Eunice graduated from Blooming Prairie High School in 1963. She received her Bachelor of Science Degree from Mankato State College and upon graduation, she enrolled in Mayo's School of Health-Related Sciences in Rochester, Minn., and became a professional Physical Therapist. Eunice continued working at the Mayo Clinic for a short time before moving to Houston, Texas, where she was employed at the Houston Medical Center. In 1968, she moved to Pueblo and was a physical therapist at St. Mary-Corwin Hospital for a number of years. Eunice later pursued a different career/vocational path earning a Bachelor of Arts degree, with a teaching certificate, from Southern Colorado State University in Pueblo, and later went on to Cincinnati, Ohio, becoming a nun with the Sisters of Charity Order. She also continued her academic education and earned a Master of Arts degree with a certification in Non-Public School Administration from St. Thomas University in St. Paul, Minn. Sister Eunice served as Elementary School Principal of Trinidad Catholic Schools in Trinidad, Colo. for ten years, and later became Administrator for the then, John Neumann Catholic Schools in Pueblo for over five years. Later Eunice resumed her career as a physical therapist and was employed by Thera Physical Clinic and Physicians Home Health Care Agency. She was a dedicated care provider and derived a great deal of pleasure in serving others. Eunice was an adjunct instructor for Pueblo Community College in their Physical Therapy Assistant Program, and also worked in the Adult Basic Education Program for PCC's Fremont Campus in Canon City, Colo. She had a wonderfully dry sense of humor and enjoyed spending time with her friends playing cards/board games, camping, fishing or enjoying nature and all God's little creatures. With varied talents in arts and crafts, she once made some ornate and unique style bird houses that were sold at auction to help raise money for a nursing home. Eunice also enjoyed her quiet times working crossword puzzles, and loved reading historical novels, the classics, and a good 'who-dun-it'. She loved flowers, working in her yard, crocheting afghans for family members, and was a dedicated and avid Denver Broncos and Colorado Rockies fan. Eunice was so very special, and will be deeply missed by those of us she leaves behind. Memorial service, 10 a.m. Friday, Feb. 1, Montgomery & Steward Chapel. Inurnment, Imperial Memorial Gardens. Memorials may be made in Eunice's name to P.A.W.S. for Life Animal Welfare and Protection Society, 800 N. Pueblo Blvd., Pueblo, CO 81003, or a charity of your choice. Online condolences, www.montgomerysteward.com