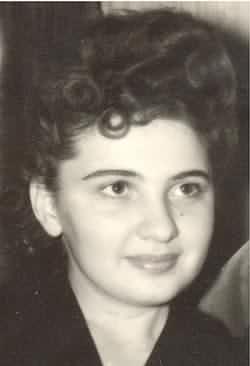 Eugenia Mae Trani, 73, of Pueblo, died on February 14, 2002. She was born on January 23, 1929 to Steve J. and Jennie C. (Godec) Rozboril in Pueblo, who preceded her in death. Survived by her sister, Elizabeth (John) Giarratano; former husband, Silvio Trani; children, Christine Trani, Daniel (Cathy) Trani, Theodore (Clara) Trani, grandchildren, Jennifer Trani, Brian Trani, Lisa Trani, Marc Trani and Jason Hedges; great-grandchildren, Jordan Trani and Gabrielle Trani; and numerous nieces, nephews, cousins and two aunts, Mary Hiza and Josephine Godec. She loved all of these, each in a special way but had a deep affection for her daughters-in-law Cathy and Clara because they treated her so specially. She lived all but four of her years here, spending that time with her children in Denver. After raising her children, 'Gran,' as she came to be affectionately called, worked at Parkview Hospital and later retired from the State of Colorado Data Entry Center where she developed some of the most valued and enduring friendships of her life-and, again learned to love and live life to its fullest measures. We won't list names for fear of leaving even one out. During this time, she also served as a volunteer on the Neighborhood Housing Authority Board where her personality, humor and bright thinking delighted her co-members and enriched her experience in ways she hadn't imagined. A massive heart attack eight years ago changed everything. During her recovery, two angels disguised as neighbors, Bea and Nick Martinez, did for her things she could no longer do herself. She worked her way back against all odds and was fiercely independent to the end. Her Funeral Mass will be held 10 a.m. today at St. Mary Church, 307 East Mesa Avenue. Entombment will follow at Roselawn Mausoleum