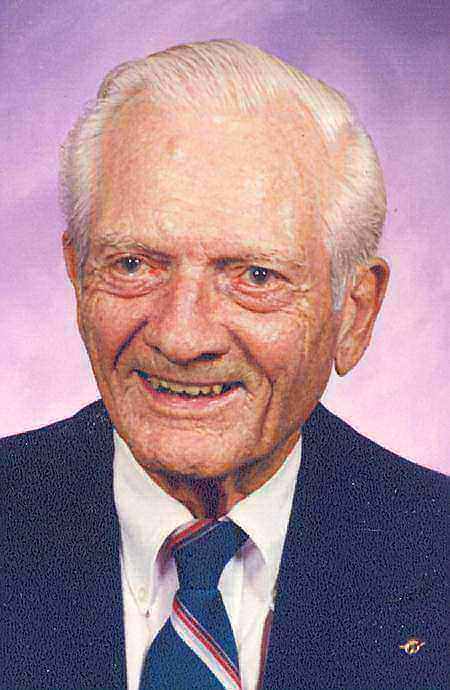 Eugene 'Gene' Harrington was born June 12, 1917, in Tana, Iowa. He moved to Colorado in 1934, and graduated from Durango High School in 1935. He married Patricia Shaw in 1936, and he married Marge Grant in 1968. He worked in the auto parts business starting in 1936 and mustered out as staff sergeant in the Army Infantry in 1945. Gene was Worshipful Master of Lodge No. 17 in 1967, president of the Scottish Rite Temple association, vice president of the Al Kaly Past Masters Club and was an active member of First United Methodist Church. He and his wife, Marge, participated in numerous Eye Clinic Programs in Central and South America organized by Dr. Hopkins. He is survived by his children, Barney, Herb, and Carolyn; his wife, Marge; and her children, Linda and Gus. A private family memorial gathering will be held at a later date. In lieu of flowers please, make donations to First United Methodist Church Scholarship Fund, 310 W. 11th St., Pueblo, CO 81003 or direct to the charity of your choice. Online condolences, www.montgomerysteward.com