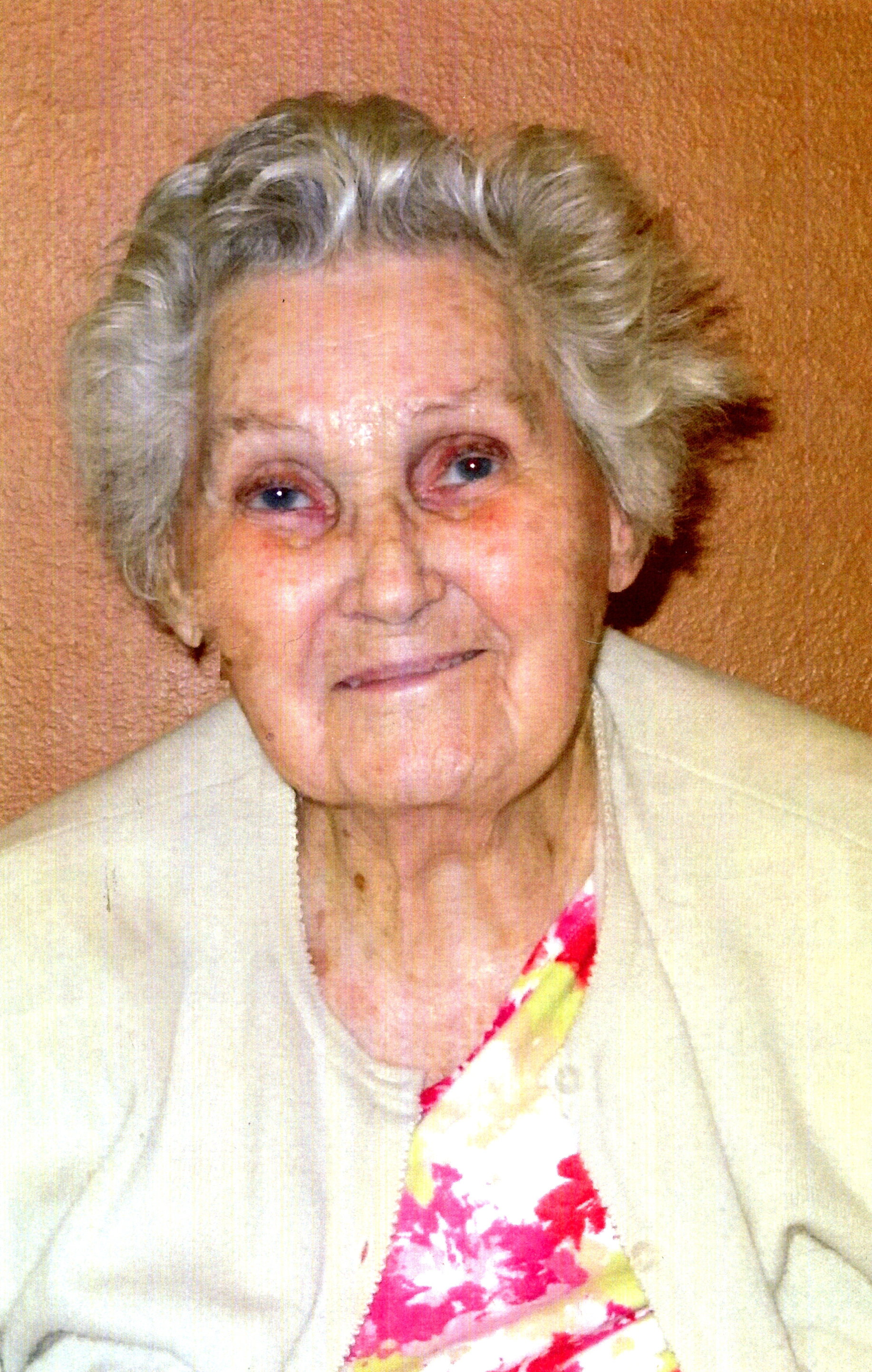 Esther Lorene (Watson) Ferguson, 97, was born in Cache, Okla. to Lillie and Allen Watson on Sept. 27, 1922.  She moved with her parents to Porterville, Calif. during the Dust Bowl Days of the 1930’s.  Later she met her husband Frank through her sister’s introduction in Cayucos, Calif.  She was married to Frank for 66 years and the Lord blessed her with two daughters.   The family enjoyed a good life as both Esther and Frank worked at the Delano School District in Delano, Calif.  She retired in 1982.  They were faithful members of Immanuel Baptist Church in Delano, Calif. for over 30 years.  She loved sewing, crocheting and crafting.

In 2006, she and Frank moved to Pueblo to be close to family.  She loved her Lord, Parkhill Baptist Church and her family.  “Blessed in the eyes of the Lord are the death of His saints.”  Esther was preceded in death by her parents, Robert Allen and Lillie Watson; brother, James Watson; and sisters, Alma June Watson and Margie Battles.  Survived by husband, Frank Ferguson; brother, Gene Watson (Gloria); daughters, Nancy (Douglas) Cox and Linda (Dave) Blackburn; four grandchildren; and nine great-grandchildren.  Funeral service, 11 a.m. Tuesday, Nov. 19, 2019, in the Montgomery Steward Chapel. Burial will be at Pikes Peak National Cemetery, 10545 Drennan Road, Colorado Springs, CO 80925 at 2 pm. Online condolences, www.montgomerysteward.com.