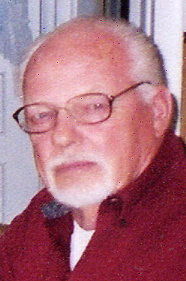 Ernest Jay Lehman, 75, passed away August 20, 2004, in Pueblo, Colorado. Survived by his wife, Elaine, of the family home; grandchildren, Victoria, Sandra, Staci and Dallas; and great-grandchildren, Shawn, Courtney, Hannah, James, Ashley and Andrea. Preceded in death by his parents, Theodore R. and Hilda Vance Lehman; and stepson, Steve Finley. Ernest was born July 30, 1929, in Hutchinson, Kansas. He was devoted to his work as a security guard at PPIR from 1999-2003 and also worked for Wayne's Towing. Viewing at the funeral home Thursday from 10 a.m. until 6 p.m. and Friday from 10 a.m. until noon. Funeral service will be held 2 p.m. Friday, August 27, 2004, in the Montgomery & Steward Chapel. Online condolences, www.montgomerysteward.com