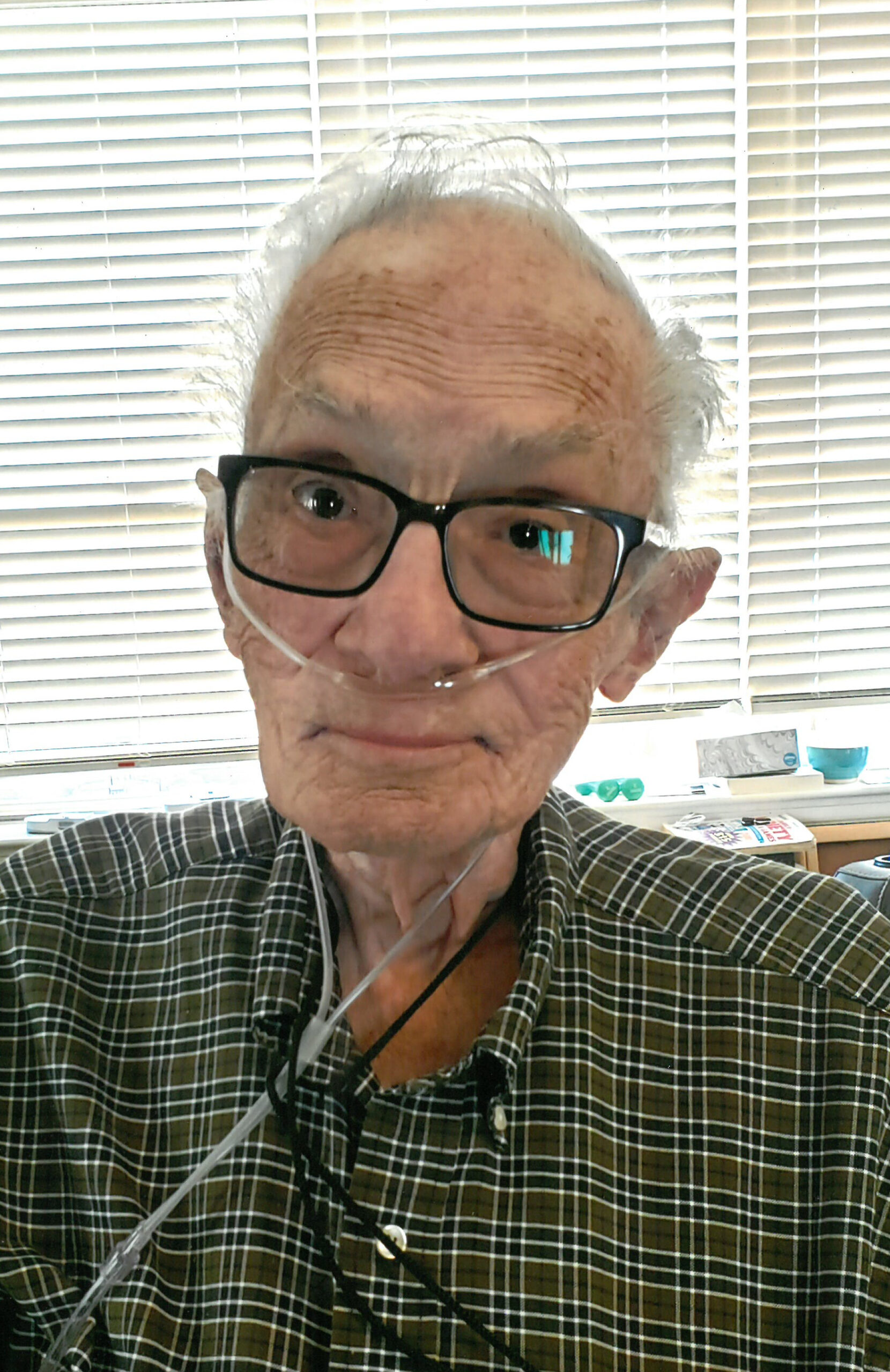 Ernest “Ernie” A. Welch, 94, passed away on February 2, 2022. He was born in Pueblo, CO on April 4, 1927. Ernie is survived by his three daughters, Becky Ahl, Nancy Welch, and Chris Cortez (Bob); his grandchildren, Tara Irons (Robert), Michelle Scott (Crade), Amy Bowman (Craig), Bryan Cortez, Andrew Jobe, and Julie Harper (Tony); his five great-grandsons, Coben Scott, Ryley Scott, Connor Bowman, Reese Bowman, and Camdon Cortez; and his loving and loyal dog, Chip. He was preceded in death by his wife of 64 years, Barbara Welch; his sister, Esther Coy; and his mother, Catherine Robson.
Ernie lived on Pine with his mother and grandparents and attended Lakeview Elementary School, Keating Junior High and Central High School. He developed life-long friendships throughout his schooling, many of which he kept up with right up until his death. His senior year of high school he joined the Navy, where he served on the USS Bennington, during World War II. After the Navy, he returned to Pueblo and met his wife, Barbara, in 1946. They were married April 24, 1948.
Ernie attended Pueblo Junior College and went on to the University of Northern Colorado where he received a B.A. and M.A. in History. In 1953 Ernie taught at Belle Plain School and in 1954 transferred to Ben Franklin Elementary School. He became Principal of Goodnight Elementary in 1956, and in 1957 he became Principal at Hellbeck Elementary, while still working as Principal at Goodnight. Ernie was promoted to Director of Elementary Education for Pueblo School District 60 in 1968, and while serving in that role introduced innovative programs into the elementary school system. In 1980, Ernie became the Director of the Budget for Pueblo School District 60. While he was an educator, he was a director of the Colorado Education Association and helped to influence improvements that came to benefit education and educators in the state and the nation. In 1983, Ernie retired from the school district and went on to pursue careers in computer sales and real estate.
At the age of 8, Ernie joined the Crusaders Band, sponsored by the Phillips Music Company, in which he played the clarinet. Ernie was a member of the Pueblo Charter Lions Club where he enjoyed organizing the annual Christmas party for children. He was a member of First Baptist Church Pueblo, and could most often be found cooking in the church kitchen. Ernie served on the board of the Pueblo Teachers Credit Union, and because of his love of history, he was a volunteer of the Pueblo History Society and the Southern Colorado Heritage Center. Ernie enjoyed family outings, fishing, attending sporting events where he could be seen cheering for his grandchildren, playing Cribbage with his friend Ernie Ballotti, spending time at the family cabin in Rye, watching Western movies, reading a good book, sharing his passion for history, and going to the State Fair and Rodeo. He was an avid collector of stamps, coins, and model trains.
A memorial service will be held 11 a.m. on Wednesday, February 9, in the Montgomery & Steward Chapel, located at 1317 N. Main Street, Pueblo, CO 81003. A reception will follow. Interment will follow the reception at 2 p.m. at Mountain View Cemetery. In lieu of flowers, donations may be made to Pueblo Charter Lions Club or Pueblo Historic Society. Livestream and online condolences at www.MontgomerySteward.com