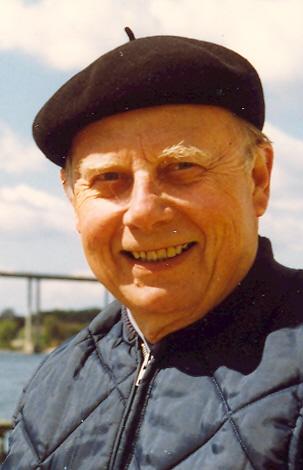 Erik H. Sorensen was received into the arms of Jesus October 25, 2007. He was a native of Copenhagen, Denmark, having lived in Pueblo West, Colo., the past ten years. Erik is survived by his daughter and son-in-law, Karen and Bruce Akin; granddaughters, Else and Linnea; as well as his beloved Elsebet of Denmark. His wife, Bjorg, born in Narvik, Norway, died in 1990. Erik was an advertising photographer in Chicago and Copenhagen. His ads appeared in Life magazine, and was involved with the first Marlboro Men campaign. His photographs were on all Kelloggs cereal boxes across Europe. Abundant thanks for the dignity, humor and love given by the staff of Frontier Hospice. Donations may be made Frontier Hospice in Erik's name. Cremation, Montgomery & Steward Crematorium. Memorial service will be held 11 a.m. Tuesday, Oct. 30, 2007, at the Wild West Cowboy Church, Prairie and Amherst.