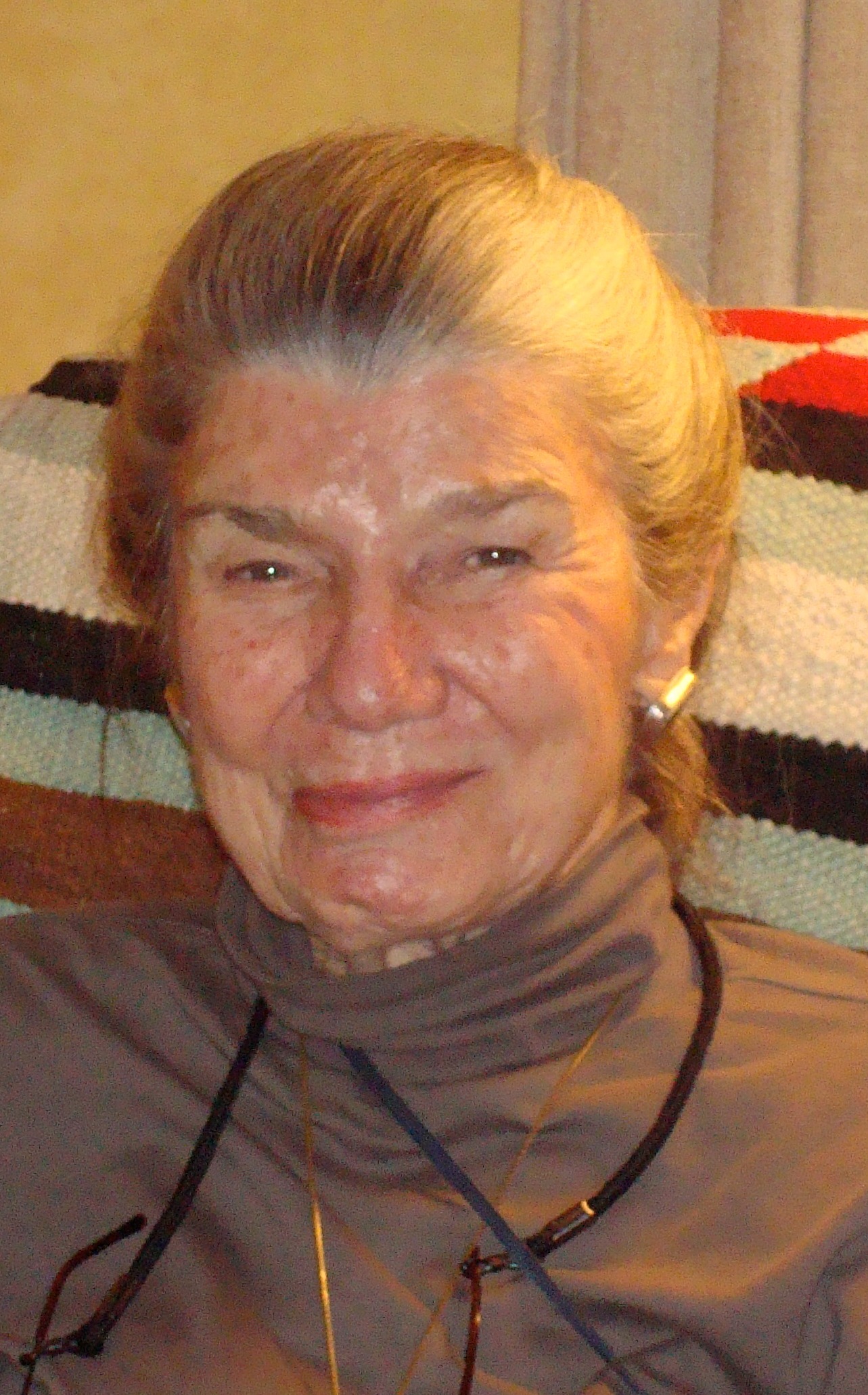 Eleanor Trefz Evans, 83, passed away peacefully on March 31, 2014. She was born in St. Louis, Mo., on July 31, 1930, to Erna S. and Richard W. Trefz. She was married to Frank Edward Evans Jr., former U.S. Representative for the Third District of Colorado, 1964-1978. Eleanor is survived by her children, Peter (Ginger) Evans, Chaz (Paula) Evans, Francie (Kenny Maytum) Evans-Maytum; grandchildren, Holland (Erin) Evans, Eleanor 'Ellie' and Hannah Evans, Lee Sunday Evans, Anna and Julie Evans; great-grandson, Archer Evans; sister, Ernamarie (Henry) Williams; cousin, Bob Rawlings; nieces, Eleanor Williams Clark, Lisa Williams Ireland, Judy Farr, Libby Farr Luken, Catherine Farr Langer, Jane Rawlings, Callie Rawlings Temple, Lynne Rawlings Sjoquist, Christine van Lierop; nephews, Richard Williams, Stephen Farr, John Rawlings, Bob Rawlings Jr., John Nelson and Steve Rawlings. She was preceded in death by her husband, Frank, in 2010; and daughter, Susan Evans, in 2011. Eleanor was born in St. Louis , Mo. July .31, 1930 to Richard W. Trefz and Erna Straub Trefz. The family lived in Rich Hill, Mo., Beatrice, Nebraska and later Pueblo, Co. where her father opened the Arkansas Valley Bank, the states first drive thru bank. Eleanor had been attending Lindenwood College in Missouri when her family moved to Pueblo. Both Frank and Eleanor's families attended the same church where Eleanor and her sister Omy sang in the choir. This is where Frank and Eleanor first saw each other and quickly fell in love. Frank shared with his grandmother that he found someone he could love and the family wasted no time to invite Eleanor's family over for brunch.... And the rest was history. As a new couple they spent many fun times with Bob and Sandy Rawlings. Sandy and Eleanor were both marrying into the big Hoag family and they had each other for support. This early friendship proved valuable for a lifetime. When Frank decided to run for office and during the years in Washington, D.C. Erna Trefz and Ernamarie and Hank Williams provided a home away from home for Frank and the kids, along with the Rawlings and Farrs and the rest of the Beulah family. Frank and Eleanor believed in doing as much as a family as possible, from camping/fishing trips, traveling, visiting historic sites, to summers in Beulah. Eleanor taught her family to treat all humans with dignity and respect, to savor the beauty all around, and to value education and experience as things no one can take away from you. She found many wonderful opportunities for her family as they grew and taught each to each to follow their dreams. She adored Frank and took such good care of him. Eleanor was a lover of the arts. She traveled in order to see and savor as much as possible. She tried her own hand at pottery and created many interesting pieces, having studied under some of her favorite potters. She had a penchant for the odd, the unusual... From music to plants. The weirder the shape, the more she seemed to like it. Her love of avant-garde music and art took her to New York City on many occasions where she studied the likes of Merce Cunningham, John Cage, and Jasper Johns. Her favorite times were the quiet times with Frank. During their years in Washington they owned and retreated to a primitive cabin in the Virginia woods just outside the City. They had no plumbing or electricity...and they loved it. The 20 years or so that Eleanor and Frank lived in Santa Fe were their favorite years. They lived at the top of a hill surrounded by pinon and sage, with a view of the mountains. They were extremely content being together, had projects galore and worked as a team. She cooked nutritious and delicious meals, gardened and absorbed the art, culture and energy of the place, while Frank built his ships, birdhouses, beaded belts, garden paths and benches, repairing anything and everything. Frank's failing health, and then Eleanor's, prompted their move back to Pueblo. Eleanor enjoyed her last years living in the Primrose community and was determined to be as independent as possible as long as possible. Everyone who knew her was touched by her depth of presence, character and grace. She has made a lasting impression and will be missed every day. Cremation, Montgomery & Steward Crematorium. Memorial service, 10 a.m. May 3, 2014, Ascension Episcopal Church, 420 W. 18th St. Online condolences, www.montgomerysteward.com