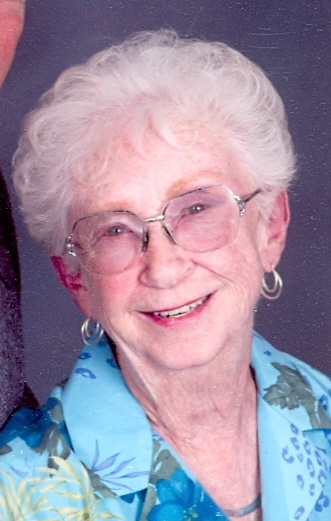 Eleanor 'Ellie' Lavone Thomas, 83, of Pueblo, passed away peacefully on September 14, 2014, at the Chateau Assisted Care. She will join her beloved husband, Dick, of 55 years. Ellie was born November 1, 1930, in Rocky Ford, Colo. She was the youngest of six children born to Oron 'Brownie' and Inez Matthew. Ellie is survived by her children, Paula Yacconi of Pueblo, Robert (Laurie) Thomas of Tulsa, Okla. and Rhonda (Bill) Davidson of Pueblo; brother, Elvin 'Tuffy' (Joan) Matthew of Hereford, Tex.; sisters-in-law, Mandy Bravo of Swink, Betty Jo Thomas of Rocky Ford and Dolores Thomas of Washington; five grandchildren, Remo (Janine) and Drew Yacconi, Patrick and Katie Thomas and Dillon Gonzales; two step grandchildren, Thea (daughter Jade) and Teage Connors; great-granddaughters, Remy Rey Yacconi and Jozlynn Creek; and numerous nieces and nephews. Preceded in death by the love of her life, Dick; her parents; siblings, Marie Brick, Robert Matthew, Mildred King and Lois Douglas. Ellie retired from the Colorado State Hospital as head timekeeper. She and Dick enjoyed many happy years being in the Al Kaly Shriners and she served as Lady Potentate in 1989. They enjoyed traveling around the world with their Shriner buddies. She was a member of First United Methodist Church, Daughters of the Nile and Eagles #145. Ellie was diagnosed with Alzheimers in 2006. She was so lovingly cared for by her husband, Dick, until his passing. In August 2012, she moved to the Chateau, adjusting to be their favorite 'busy body' making recent frequent escape attempts! The family would like to give special thanks her special buddy, Natalie, the staff at the Chateau, Jo, Andy, Debbie, Shirley and Silvana. Also, to Frontier Hospice who gave mom such compassion during her last days as well as First United Methodist Church ministry. There will be no viewing. Cremation, Montgomery & Steward Crematorium. Memorial service, 10:30 a.m. Friday, September 19, 2014, at First United Methodist Church, 11th and Court with the Rev. Dr. Rick Calhoun officiating. In lieu of food and flowers, memorials may be made to Al Kaly Shrine Pueblo Transportation Fund, Alzheimer's Association or Frontier Hospice through the funeral home. Online condolences, www.montgomerysteward.com