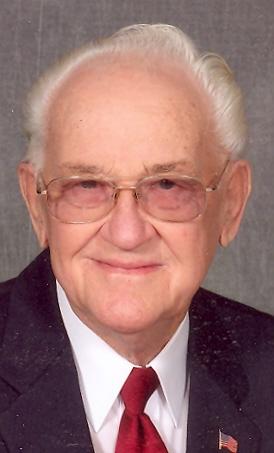 Earl Henry Leking, 85, of Pueblo, Colo., entered heaven on Sunday, April 27, 2008. Earl is preceded in death by his parents, Henry and Anna; his beloved wife, Ruth; brothers, Raymond and Dale; and sister, Velma Clark. He is survived by his son, Merlin (Carol) Leking; and daughter, Denise (Robert) Tristano; grandchildren, Chris , Tony (Aimee) and Terri Tristano; great grandsons, Justin Tolan and Erik Tristano; close nephew, Tom Clark; several nieces and nephews; Shelby Wonnell and close friends. He was a member of Tabor Lutheran Church and V.F.W. Post #3641. Earl loved to camp, fish, go to Cripple Creek and go out to have coffee with his friends. He enjoyed being with his family, visiting neighbors, and going to his favorite restaurants, Pass Key, Southwest Grill and the Pantry, where he considered his friends as extended family. He always enjoyed a good joke and often brought fresh fruit and gum to friends and family. Earl was always tinkering with something in his shed or taking care of his lawn, which is already completely green. Earl was drafted into the Army on Dec. 26, 1942. He served in the first infantry and later the third division where he was wounded by a German grenade but refused the purple heart. Earl landed in Africa and later Naples, Italy. He earned the rank of Private First Class, and was honorably discharged Dec. 10, 1945. Then worked for Rossford and Erie Army Depot in Ohio, transferred to the Pueblo Army Depot and retired in 1978. Earl was a loving father, grandfather, husband and friend. He will always be remembered as a gentle man who would help at any moment. Earl will be missed dearly by all who knew him. Services will be held 10 a.m. Wednesday, April 30, 2008, at Tabor Lutheran Church, Colorado and Orman Ave., with the Reverend Mark Crates officiating. Military Honors by Pueblo Veterans' Ritual Team and interment will follow at, Imperial Memorial Gardens. Friends will gather in the church fellowship hall following the graveside service for lunch and to greet the family. In lieu of flowers, memorials may be made to the Veterans of Foreign Wars or Tabor Lutheran Church, through Montgomery & Steward Funeral Directors, 1317 N. Main St., Pueblo, Colo. 81003. Online condolences, www.montgomerysteward.com