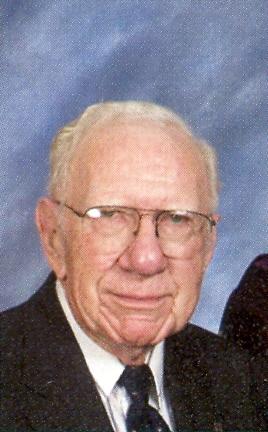 Duane M. Gould, 89, passed away June 16, 2010. He was born May 26, 1921, in Denver, Colo. to Herrick W. and Laura Gould. Raised in Pueblo, Duane graduated from Centennial High School, and later from Rochester Institute of Technology. Duane had 27 years of combined service in the U.S. Army Air Force and Air Force, retiring as a Lt. Colonel. During WWII, Duane was an Aerial Photographic Officer flying with Wing Staff in China, Burma and India, and at bases on Tinian. After the war, Duane returned to Pueblo in 1945 to enter the photographic business as partner and later owner of Camera Craft and Schnarre's Cards and Gifts in Pueblo, with the help of family members, for 50 years. Throughout his life, Duane was involved in a number of civic organizations and a member of First Presbyterian Church. His service to his church included church school superintendent, deacon, trustee and member of numerous committees. Duane was ordained an elder in 1958, and served as Clerk of Session for approximately 30 years. He was also a founding member of the Board that initiated Presbyterian Towers. Duane was also involved in the Presbyterian Church USA nationally, serving as a Commissioner to General Assembly in 1984, as well as serving as Moderator and as State Clerk of Pueblo Presbytery for a number of years. Duane is survived by his wife of 67 years, Phyllis and their children, Richard (Mary) Gould of New Mexico, Janet (Randall) Thielemier of Pueblo, David Gould of Pueblo, Julianne Luther (Ron) of Longmont and Stephen (Sharon) Gould of Aurora. He is also survived by five grandchildren, Brian (Amy) Thielemier of Pueblo, Aaron (Renae) Thielemier of South Carolina, Neal Gould of Aurora, Ashley (Dianne) O'Brian of Austin and Erik (Wendy) O'Brian of Austin, as well as six great-grandchildren, and special friends, Sue and Reg Landrum, Jennifer Landrum, Amy and John Kunstle and their children, James and Madeline. Duane was preceded in death by his parents; his brother, Rodney; and Kyle, one grandchild. There will be no viewing. Cremation, Montgomery & Steward Crematorium and private interment. A celebration of Duane's life with military honors is scheduled at 10 a.m. on Monday, June 21, 2010, at First Presbyterian Church, 220 W. 10th Street. In lieu of flowers, memorials may be made to First Presbyterian Church through Montgomery & Steward Funeral Directors, 1317 N. Main St., Pueblo, CO 81003 or charity of choice direct to the organization. Online condolences, MontgomerySteward.com