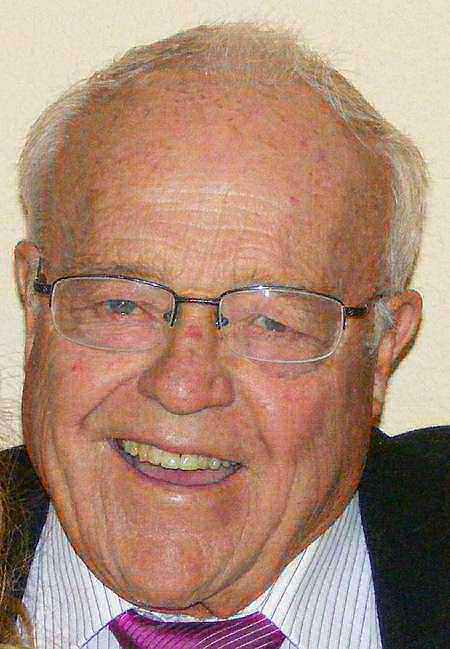 Dr. Wesley Warren Boucher, affectionately known as 'Wes', 'Boog', and 'Papa', 81, of Pueblo, died peacefully surrounded by his loving family on January 5, 2013. Wes was born and raised in Colorado Springs and graduated from Colorado Springs High School in 1949, and Colorado College in 1953. He attended the University of Colorado School of Medicine and upon graduation in 1957, joined the US Navy and served as a physician in San Diego, Guam and Oakland. After leaving the military in 1966, he settled in Pueblo to practice urology and at one time served as President of the Colorado Medical Society. Wes enjoyed golfing, travel, and cherished time with family and friends. He spent his summers in Gunnison where you could find him on his orange and blue 'Dan Reeves' golf cart at Dos Rios golf course. In recent years he found the joys of the internet and spent many long nights surfing and sending golf and political jokes to family and friends. Wes is survived by his devoted wife of 57 years, Sally; his children, Jon (Lou Ann) Boucher of Colombia, Missouri, Michelle (Steven) Gjerde of Pueblo, Paul (Kathy) Boucher of Parker, Brett (Jennifer) Boucher of Pueblo and Blake Boucher of Pueblo; his adoring grandchildren, Claire (Tony) Emmerich, Megan (Zach) Soper, Abby and Jon Paul Gjerde, Jenne, Andrew (Alix), Sarah, Becky and Wesley Boucher; and a great grandchild, Zach Emmerich. Also survived by two siblings, Stanley and Gary Boucher; as well as numerous friends, golf buddies, and former physician colleagues. The family would like to thank Dr. James Stjernholm and Dr. Chris T. Stjernholm for their care and attention over the past several years. Cremation has taken place and a private celebration of his life is being planned. In lieu of food or flowers, please send donations to Pueblo Animal Services at 4600 Eagleridge Circle, Pueblo, CO 81008, in care of Dr. Wesley Boucher and his beloved dog, Zack. Online condolences, www.montgomerysteward.com