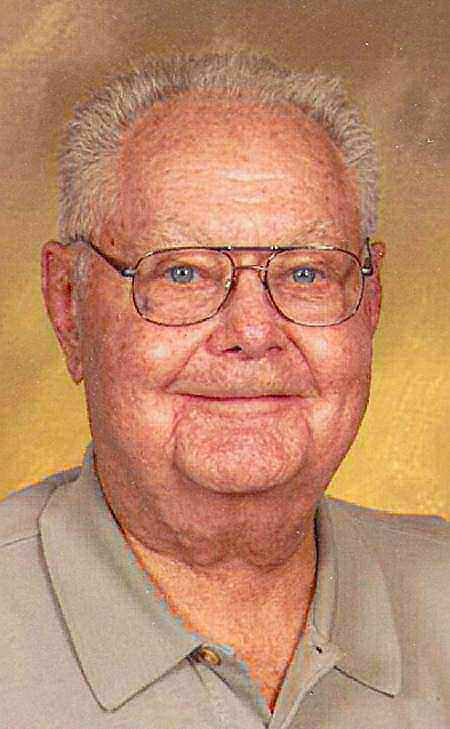 Lester George Slayton, Jr., DVM was born Feb. 4, 1928, to Lester and Esma(Somerville) Slayton in St. Joseph, MO. 'Doc' passed away on July 9th, 2010, at the Bruce McCandless State Veterans Nursing Home in Florence, CO. of complications following surgery in August 2009. 'Doc' was preceded in death by his parents, an infant brother James Robert, stepdaughter Kathy Jean Bright and son-in-law Bill Taylor. Survived by wife Mary and stepdaughters Karla France Taylor of Great Bend, KS, D. Kay (Lt. Gen. Eugene) Santarelli of Tucson, AZ and Karma Rose Bright of Pueblo, CO; grandchildren Tegwin Kay Taylor, DVM ( Dr. Carl Lebsack, PhD) of Charlston, WV, Clint Slayton Taylor of Austin, TX, sister Nancy Lee Scarpitta of Mercer, MO, family friend Blaise Alexander and his beloved dog, Toby. Doc is also survived by numerous brother and sisters-in-law, nieces, nephews and a host of friends. Doc served as a Staff Sergeant in the U.S. Army during the Korean War after graduating from high school in Princeton, Missouri. He then attended Iowa State University in Ames, Ia. obtaining his Doctor of Veterinary Medicine in 1956. He operated his own small-and-large animal clinic for many years having offices in both Mercer and Princeton, Missouri and later, Lineville, Iowa before relocating to southern Colorado in 1976. It was then he began a 22-year career with the U.S. Department of Agriculture meat inspection service as veterinarian in charge. He served many years as the veterinarian of the inspection service at Alpha Beta Meat-Packing Plant in Pueblo, Co. until its closure, and later retired in 1995. Doc loved life and was a kind and generous soul, giving freely of himself and his time without expectation of recognition or receiving anything in return. The best example was his willingness to accept four young stepdaughters into his life when he married their widowed mother. He was a very loving husband to his wife of 46 years and in the last few years, her caregiver, as she suffers from Alzheimer's. He was a devoted grandfather and was so proud that his grandchildren have become successful in their chosen endeavors. Doc had an extraordinary love of all animals, and for the natural world. He used this love and self-taught skills to become an accomplished woodworker, silversmith, jeweler and lapidarian. He enjoyed these hobbies, and freely gave his creations to family, friends, neighbors and employees. He loved God, and was a member of Wesley United Methodist Church. He also was a Mason, a member of American Legion Post 2, Eagle's Lodge and a variety of professional organizations. Although a quiet man, his smile spoke volumes and his laughter could light up a room. He will be deeply missed. Cremation, Montgomery & Steward Crematorium has taken place, with a Celebration of his life to be held 2 p.m. Sunday September 5, 2010, at Greenlee-Middleton Funeral Home, 310 W. 3rd Street, Lineville, IA. Condolences may be made online at www.montgomerysteward.com, or may be sent to P.O. Box 11404, Pueblo, 81001. Memorial contributions may be made in his name to Pueblo Animal Services, P.O. Box 9437, Pueblo, CO 81008-9437, the Diabetes Foundation, Memorial Program-NCC, P.O. Box 2680, N. Canton, OH 4472 or the Southern Colorado Alzheimer's Association, 4104 Outlook Blvd., Building B, Pueblo, CO 81008-1870.