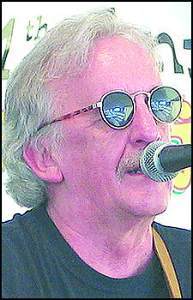 Doyle Trantham, passed away on Dec. 23, 2015, at his home in Pueblo, Colo. He died of natural causes. Doyle was 64 years old. He was born in 1951, in West Plains, Mo., to Earl and Oneta Trantham. He was the youngest of five children. He lived the first five years of his life in Missouri before moving to Pueblo, Colo. Doyle graduated from Pueblo Centennial High School in 1969, and earned bachelor's and master's degrees in psychology as well as a minor in mathematics from the University of Southern Colorado, Pueblo. He married Donna Pugh (Trantham) (Kimberly) in 1970, and together they had one child, Heather (Lynn) Hevelone Trantham. He worked for the State of Colorado for his entire career and was excellent in his role of finding jobs for visually impaired people. Doyle was a talented musician, and played in many bands. He played violin, guitar, mandolin, cello. The bands that Doyle played in included White Pine, Rollo Pigs, Swing Brothers, Wheat, a Celtic band, the Family Juls Band and several others in the '70s, '80s and '90s. He was very proud that his grandchildren are both musically inclined. Doyle loved his home, and could often be found making repairs and upgrades to the 1912 house that he lived in for years. A common joke in the Trantham family is when a Trantham wants to get something done, they will get it done their way, hence the term 'Tranthaming It.' He loved animals and often had a dog, a cat, or both. He was preceded in death by his mother and father, Earl and Oneta Trantham; and a brother, Gordon, who died at birth. Doyle is survived by his daughter, Heather, her husband, Jason Hevelone; his grandchildren, Kelton and Aurora-Ann Hevelone; his brothers, Bud (LaDonna) Trantham, Dale (Joanne) Trantham; his sisters, Kay Salas, Jan (Don) Salameno; his first wife, Donna Kimberly; his longtime friend, Kathleen Pullara; and a long list of family and friends. A memorial service will be held at 11 a.m. Friday, Jan. 8, 2016, at Montgomery & Steward Banquet Hall, 1317 N. Main St., Pueblo, CO. In addition, a celebration of Doyle's life will be held at 2 p.m. Sunday, Jan. 10, 2016, at Coors Tavern, 515 W. 4th St., Pueblo, CO., on to recognize Doyle and the vast friends he made during his life. In lieu of flowers donations may be sent to the Foundation Fighting Blindness, www.blindness.org. A donation can be made in Doyle's honor at this website. Please bring your fondest, funniest, and lovingest memories to both.