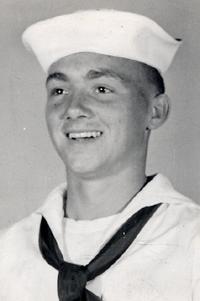 Donald M. Higdon, 67, passed from this life on May 14, 2005. He was born June 22, 1937, to the union of August and Myrtle (nee Richardson) Higdon, now deceased. Don is also predeceased by sisters, Jean Gabriele and Betty Zanetell; his daughter, Deborah Magda; and niece, Diana Beckman. Survived by his loving wife, Priscilla; his son, Don (Karen) Higdon; and grandchildren, Kelsi and Erik Higdon and Amy and Anthony Magda; and sister, Pat (Don) Beckman. Don was fortunate enough to help raise 5 stepsons, Jerry (Veronica), Gary (Sylvia) Mark, Kim, and Jarratt (Jennie) McDonald and their 11 children. Also survived by several nephews and 2 nieces. Member of Silver State Lodge No. 95, A.F. & A.M. Before Don became disabled, he was involved in Boy Scouts of America and received many awards which he proudly displayed . Don enjoyed the comradery of playing fast pitch softball with his rail mill teammates. He was also an avid fisherman and was proud of the flies that he tied himself and gave to everyone. His greatest passion was to fish the Rio Grande River at South Fork, Colorado. He taught all of his sons to fish and gave them a love for the Colorado mountains. At his request, there will be no viewing. Cremation, Montgomery & Steward Crematorium. Memorial service will be held 2 p.m., Wednesday, May 18, 2005, at Montgomery & Steward Chapel with Pastor Monty Mora officiating. Masonic rites by Silver State Lodge No. 95, A.F. & A.M. Online condolences, www.montgomerysteward.com<br>