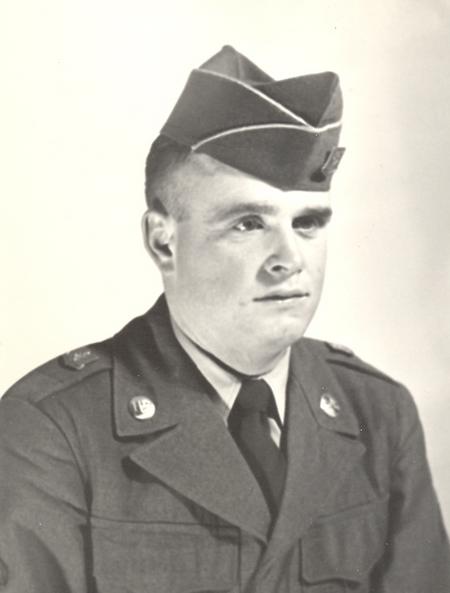 Donald Leroy Driscoll, 77, passed away peacefully on October 27, 2007, surrounded by his family. Donald was born on December 20, 1929, in Detroit, Michigan, to Walter and Violet Driscoll. He is survived by his wife, Bette Jo; his daughters, Donna (Randal) Stutzman of Pueblo, Nanette Kasper of Aurora, LouAnn (Jeff) Parker of Aurora, Laura (Matthew) Pittman of Parker; and his grandchildren, Marc and Jamie Mondragon, Nicole and Danielle Stutzman, Kyle and Kayla Kasper, Lauren and Michael Pittman; two stepdaughters; and two stepsons. He is also survived by his brother, James (Janice) Driscoll; former wife and the mother of his children, Nina Chimento; nieces; nephews; and special friends. Don attended St. Leander's Catholic School and Centennial High School. He was a veteran of the US Army and was stationed in Germany during the Korean Conflict. Following his military service, Don worked at Midwest Steel before owning and operating Driscoll Excavating. After retiring from the excavation business, he became the owner of Oscar's Liquors. For many years Don was a member of the Pueblo Skeet & Trap Club. Don was a wonderful father, husband and friend, and will be greatly missed by all. Many thanks to the staff at Sharmar Village for their loving care. There will be no viewing. Cremation, Montgomery & Steward Crematorium. A memorial service will be held 2 p.m. Saturday, November 3, 2007, in the Montgomery & Steward Chapel with Deacon Phil Reynolds officiating. The family will greet friends at the funeral home following the service. The family respectfully requests the omission of food and flowers. In hopes of finding a cure for the disease which plagued Don, please make memorials to the local chapter of the Alzheimer's Association or to Sangre de Cristo Hospice, through Montgomery & Steward Funeral Directors, 1317 N. Main St., Pueblo, CO 81003. Online condolences, MontgomerySteward.com