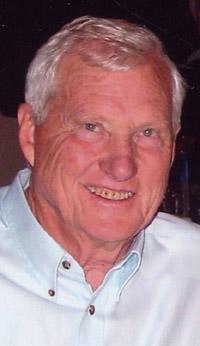 Donald E. Lamkin, 73, of Colorado City, Colo., beloved husband, father and grandfather, passed away August 16, 2006, as a result of an accident, doing what he loved in the mountains. Survived by his wife, Bonnie G. Lamkin of the family home in Colorado City; daughters, Jeanette (Alan) Briggs of Concrete, Wash., Jennifer (Craig) Vulgamott of Union Star, Mo., Florence Rodriquez of Rhode Island; son, Eddie (Kathy) Lamkin of Middletown, Ohio; sister, Billie Jean Ferguson of Hurst, TX; sister-in-law, Paula (Larry) Purcell of Humble, TX; 9 grandchildren; 2 great-grandchildren; and numerous nieces and nephews. Preceded in death by his parents, David and Izzie Lamkin; twin sons, Larry and Harold Lamkin; sister, Marie Peers; brothers, Harold Lamkin and Larry Lamkin. Don was born on April 8, 1933, in Fort Worth, Texas and was a longtime Colorado City area resident. Veteran of the U S Navy during the Korean Conflict. He was a past board member of the Colorado City Metropolitan District. He was serving as the president of the Southern Colorado Family Polka Club. Don was an avid outdoors man, enjoying hunting, hiking and camping. He was a mentor to many of his friends and will be greatly missed. At his request, there will be no viewing. Cremation, Montgomery & Steward Crematorium. A celebration of his life and open house will be held from 1 until 4 p.m. on Monday, August 21, 2006, at Trani's, 336 S. Santa Fe Ave., in Pueblo, Colorado. Online condolences, www.montgomerysteward.com