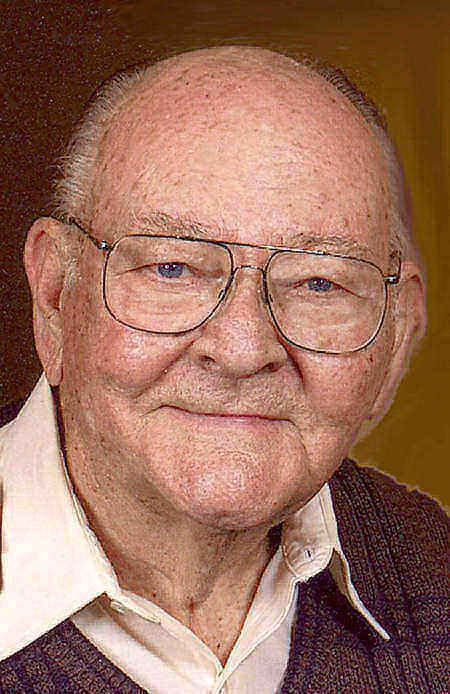 Donald D. Warren, 86, made his final curtain call on January 2, 2009. Survived by his wife of 49 years, Judy Warren; children, Diane (Richard) Lindberg of Colorado Springs, Donna (Keith Schmidt) Carpio of Pueblo and Christian (Anne) Warren of Pueblo West; grandchildren, Katelyn Carpio, Zachary Warren and Trevor Warren; numerous nieces and nephews. Preceded in death by his parents, Henry and Minnie Warren; two brothers; and one sister. Don was born Sept. 12, 1922, in Denver. He served in the U.S. Army during WWII as a medic for the 134th Combat Battalion. Don graduated from Capital College of Pharmacy, Denver, attended Princeton University and graduated from the University of Colorado School of Pharmacy. While Don was in Denver, he played with the Big Bands and had a band at Elich Gardens. In Pueblo, he was a pharmacist at the Colorado State Hospital for 14 years and at Parkview Hospital for 12 years. Don was an avid trout fisherman. He enjoyed their second home in Lake City and was involved with the Lake City Community Band as well as the Cabin Fever Players in Lake City. He also acted in many plays for the Impossible Players in Pueblo. Don was an active member of Central Christian Church where he was an elder and taught Sunday school. There will be no viewing. Cremation, Montgomery & Steward Crematorium. Memorial service, 10 a.m. Wednesday, Jan. 7, 2009, at Central Christian Church, 1902 N. Hudson Ave., with the Rev. Dr. David Chambers officiating. Those who desire may make memorials to Central Christian Church or Impossible Players, through Montgomery & Steward Funeral Directors, 1317 N. Main Street, Pueblo, Colorado 81003. Online condolences, MontgomerySteward.com