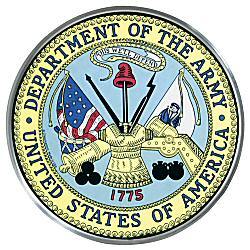 D.A. Weaver, 97, long time resident of Pueblo, passed away peacefully on Monday, July 22, 2013. A friend to everyone he met, D.A. lived a remarkable life. Born as Dennis Walter Aloysious Weaver on February 12, 1916, in Sayre, South Waverly, Pennsylvania, he was the fifth of nine children of Dennis P. 'Dent' Weaver and Margaret Rose Burke Weaver. Born during World War I, he earned Bachelors and Masters degrees from Penn State University during the Great Depression. He then served in Europe and Africa with the American Field Service in World War II. D.A. married Jackie Leatherman on September 8, 1946 in Winchester, Virginia. During the 1950's and 1960's, they raised four children while D.A. was a professor at major universities across the country, including Southern Methodist, Penn State, Purdue, Northwestern and, later, the University of Arizona. They also lived 15 years in Wausau, Wisconsin while D.A. was an executive with Wausau Insurance Companies. D.A. was a pioneer in the field of occupational safety, best known for his research and original theories on safety management. While first and foremost an educator, he also wrote or co-wrote many publications on safety management; his greatest legacy was 'TOR – Technic of Operations Review'. Named a 'Fellow' of the American Society of Safety Engineers in 1990, he was inducted into the Safety and Health Hall of Fame International in 1996. Before retiring, D.A. worked at the Pueblo Transportation Test Center and was affiliated with Steel City Insurance. He taught both classroom and online courses at CSU-Pueblo, and was active in the Pueblo Kiwanis Club. Survivors include his children, Jackson Dell (Susan) Weaver of Seattle, Tia (Lael) Nielsen of Indianapolis, Dr. Jann Cather Weaver of St. Paul, and Gregory (Ann) Weaver of Eau Claire, Wisconsin; 12 grandchildren and six great-grandchildren. He was preceded in death by his wife Jackie, his parents, sisters and brothers. Memorials can be sent to Sangre de Cristo Hospice of Pueblo. Visitation with the family will be from 3:00 to 5:00 p.m. on Tuesday, July 30, 2013, at Montgomery & Steward Reception Hall, 1317 North Main Street in Pueblo. D.A.'s life-long calling was the safety and well-being of all people, and to prevent human suffering wherever it was found.