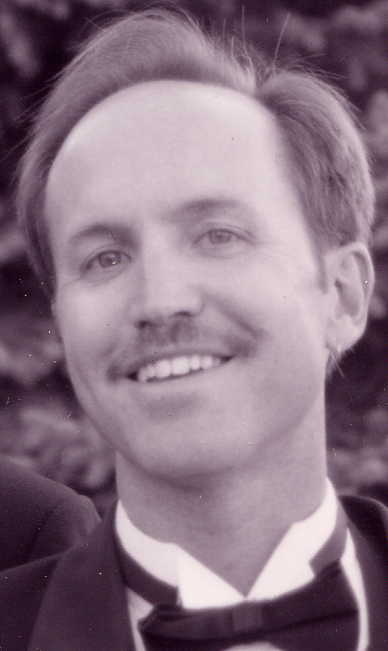 David K. Hackenberry, HTR, age 41, of Pueblo passed away on February 21, 2003, after suffering a massive stroke. Born on December 12, 1961, in Los Alamos, N.M. He is survived by his Life Partner, Warren Evans and children, Laura and David Evans of the family home; parents, Vivian and Lester Hackenberry of Los Alamos, N.M.; sister, Leslie (Stan) Vallejos of Pueblo; brother, Stephen (Rebecca) Hackenberry of Los Alamos, N.M.; and mother and father-in-law, Billie Carol and A.L. Simmons of San Antonio, Tx. Also survived by nieces and nephews, Quirina, Mauro, and Linnea Vallejos and Jennifer, Patrick and Kristopher Hackenberry. David had a passion for social justice and civil rights. David helped found Pueblo After 2 in 1993 and was currently serving as President of Southern Colorado Equality Alliance (formerly Pueblo After 2) in 2003. He was a leader in and advocate for the GLBT community in Pueblo and throughout Colorado. Following high school graduation, David was an exchange student in Japan. He graduated from Kansas State University in 1985 with a BS degree in Horticulture Therapy and was employed as a horticulturist for the Colorado Department of Corrections since 1989 and gained national and international recognition for his vocational horticulture program that provided job training for inmates. David also served as VP of the SCCF/PMC Employee Council, and was formerly an officer of the Mountain and Plains chapter of AHTA. David was an active member of Christ Congregational UCC Church where he published the church newsletter and shared his musical gifts in the bell choir and church choir. David hosted the Church's annual Plant Sale for seven years and most of the plants were grown by his inmate crew at Pueblo Minimum Center. David loved his family and friends, the great outdoors, gardening, the arts, travel, and eating Sushi. The family and friends wish to thank Sandi Nebl, RN, PA and the medical staff of the Neurological ICU at Parkview Medical Center for their caring and special attention to the needs of David as well as his longtime partner. A viewing for family and friends will be held at the funeral home Monday from 3 until 6:30 p.m. and Tuesday from 9 a.m. until 6 p.m. Cremation, Montgomery & Steward Crematorium. A Memorial Service in celebration and honor of David's life will be held on 7 p.m. Tuesday, February 25, at First United Methodist Church, 11th and Court, with the Rev. Dan Geslin officiating. The family will host a reception following the service in the church hall. Donations may be made in David's memory to Southern Colorado Equality Alliance and/or Christ Congregational UCC, through the funeral home.