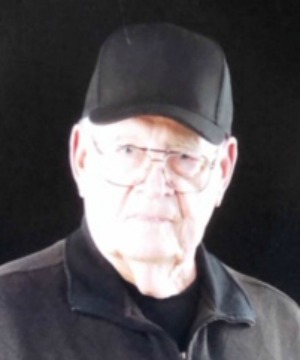 Dale E. Stoker, 92, passed away on January 3rd, 2019. He was born in a coal mining camp in the small town of Valdez, Colorado on January 4th, 1926. He is survived by his daughter Laura (Derek Townley) of Pueblo, CO; former wife Theresa Krasovec; nephew, Karol Stoker (Cindy Ramthun) of Longmont, CO; nieces Jeannine (Stoker) Belson of Denver, CO; Colleen (Stoker) Harvey (Scott) of Kennewick, WA; Penny (Stoker) Varner (John); and his lifelong friend Sel Elizondo. Born to Alex and Margaret (nee Clark), he was the 3rd of four children. Growing up, Dale lived in Tioga and Walsenburg where he had many adventures with his brothers. Dale graduated from Walsenburg High School and shortly thereafter joined the Navy. He proudly served as a Navy Medical Corpsman during World War II and was stationed in Coronado, California. As a child, Dale showed an early talent for art and became well known for his bucolic nature scenes. Dale was a teacher of art for many years at both Central and East High Schools in Pueblo, Colorado. After retiring from the school district, he continued to actively contribute to the Pueblo art community in many ways. Dale greatly enjoyed genealogy and was able to trace his family tree back to the 1700's. He ultimately had the chance to travel to Scotland and visit his ancestral home in Ayrshire. As an avid outdoorsman, Dale loved to hunt, fish, and camp. He would spend time in both Alaska and Canada to fish and take photographs. He also loved socializing with his numerous friends and family who loved him and will miss him dearly. Many special thanks to all of the kind and hardworking staff at Primrose Retirement Community, Brookdale Senior Living Center, Sangre de Cristo Hospice and to all of the medical professionals who cared for him during the last years of his life. A celebration of life will be held on Saturday, January 12th from 12-3 at Gus's.