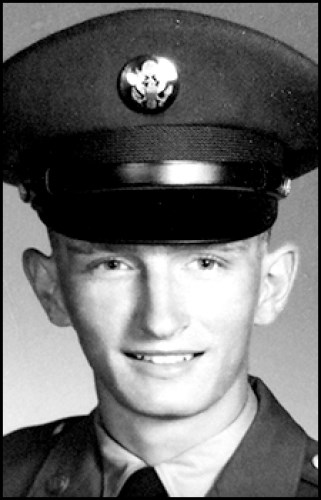 Conrad Lucien Renoux took his final flight on Tuesday, May 19, 2020, at age 78. He was born in Pueblo in 1941 to Kenneth and Lucille Renoux, and was affectionately known as “Connie” or “Rod” to most who knew him. He was raised out on the Mesa under the watchful love of his grandparents and three sets of aunts and uncles. He and his brother, Ron, had a spirited group of cousins, Ken and Chuck Haling, Ron and Diana Collins, Debbie and Julie Wawrzyczny and Rick and Dwayne Hall of Rye. They enjoyed many exploits, adventures and happy days growing up together. Conrad attended Pleas-ant View and County High School. He loved music and was a member of the band. He graduated from Littleton High School and attended Denver University before enlisting in the United States Army, serving in New York and Germany. Conrad worked as a veterinary assistant during high school and loved animals his entire life. He also had a great interest in cars and racing and was an avid NASCAR fan. His greatest interest was flying. Conrad, his brother, Ron, their father and uncle were all licensed pilots and spent many hours together in that hobby. Conrad had both a commercial pilot’s license and an auto racing license. Conrad met and married Gloria Larsen while in military service in New York. They relocated to Pueblo in 1965, and were married for 18 years. They had two children, Karen and Matt (Kelly). After an amicable divorce, he and Gloria remained good friends until his death. He was grandfather to Kimber (Tim), Andrew, Leah and Sonnett; and a great- grandfather to Skylar. Conrad was employed by SCM Corp. in the sales and repair of business machines. He and a good friend, Floyd Fields, opened and ran several local businesses. He also worked in maintenance at the Episcopal Church and in security for several com-panies near the Pueblo Airport. Conrad married Glenda Lucier in 1998 and was stepfather to her daughter, Nicole. In the last decade of his life, Conrad enjoyed the companionship of Teri Carajal and became a favorite of her daughter, Ty’s, three young daugh-ters as well. After several falls and enduring difficult recoveries, Con-rad spent his last months with his brother, Ron and wife, along with his much-loved dog, Uzi, and his cat, Squeaks. His unexpected death has been grieved by all who knew and loved him. On Dec. 30, which would have been Conrad’s 79th birthday, family and friends are eating his favorite meal and Zoom-sharing thoughts and memories. His humor and laughter and zest for life, his insatiable interest in and compassion for everyone he met were some of his best assets. We were all enriched for having known him, and the world is diminished by his loss. Conrad is survived by his uncles and aunts, Louise C. Renoux, Conrad and Anna Mae (Sally) Wawrzyczny, Jim and Beth Collins; brother, Ronald (Glenda) Renoux; children, Karen Renoux and Matt (Kelly) Renoux; grandchildren, Kimber (Tim) O’Meara and daughter, Skylar, Andrew Doering, Leah Doering, and Son-nett Renoux.