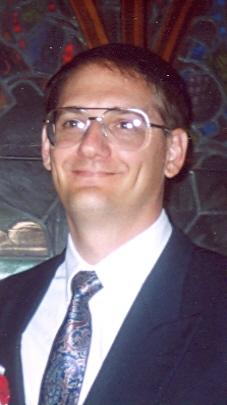 Christopher J. Sciortino, 47, passed away Oct. 14, 2011, after a year and a half long heroic battle with cancer. Survived by his mother, Janet Sciortino; father, Sam Sciortino, both of Pueblo; brother, Michael Sciortino of Trinidad; uncle, Vincent Sciortino of Pueblo; aunt, Gina Mattley of Gering, Neb.; and numerous cousins. Chris was born Oct. 27, 1963, in Pueblo, Colo. Graduated from USC with a BA degree in psychology and CSU-Ft. Collins with a MBA degree. After serving in the Peace Corps in 1993, returned to CSU-Ft. Collins to earn his CIS Masters. The past 14 years he worked as a data base manager for Quest and Century Link. Chris was a loving, giving and caring person who was a joyful and active member of many Catholic church groups in the Denver area. He also enjoyed spending time with friends, hiking, water and snow skiing, traveling and trekking on pilgrimages in Europe along with engaging in various charities. Special thank you to Theresa Walker and his many friends and family for their love and concern during his illness. Viewing from noon to 4 p.m. Wednesday in the Montgomery & Steward Chapel. Vigil service, 7 p.m. Wednesday and funeral Mass 10 a.m. Thursday with the Rev. Fr. Kevin Novack as celebrant. Both services at Our Lady of the Meadows, 23 Starling Dr. Those who desire may make memorials to the Christopher Sciortino Scholarship Fund in care of the PCC Foundation through Montgomery & Steward Funeral Directors, 1317 N. Main St., Pueblo, CO 81003 or Holy Protection of the Mother of God Byzantine Catholic Church, 1074 S. Cook St., Denver, CO 80209. PLEASE NOTE: Also, a memorial service will be held 6:30 p.m. October 27, 2011, at St. Vincent de Paul Catholic Church, 2375 E. Arizona Ave., in Denver, Colorado. Online condolences, www.montgomerysteward.com