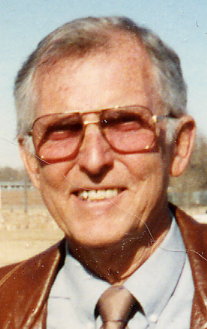 Charles F. Haggard, 67, of Boone, Colorado, left this life on April 1, 2005. Preceded in death by his boys, Alan Bowen and J.C. Huddleston; and nephew, Rick Haggard. Chuck leaves behind his wife of 47 years, Norma Jane Haggard; brother, Richard(Katherine) Haggard; Tiny Huddleston; his children, Becky and Cherie Haggard, Jeff (Sherri) Lenhart and Tracy (John) Fontecchio; ten grandchildren, Randy Jr., Crystal, Dana(Seth), J. Charles, Jessica, Nicole, Dylan, Samantha, Colton and Rochelle; and sister-in-law, Julie Parker. Chuck, a lifelong resident of Pueblo, was born in his family home on December 23, 1937, to Charles and Helen Haggard. He was a veteran of the U.S. Air Force, having served during the Korean War. Following generations of 'carnies', he spent his life working in the family business and traveling across the U.S. and Canada. The carnival business was a dynamic and exciting venue bringing him years of success and respect to those who had the honor to know and work with him. He gave opportunity to anyone who needed a job and made sure you always had a meal and a place to sleep. After retiring in 1993, he spent the next 12 years doing what he loved most in this life, striving to breed grand champion miniature horses with his own National Grand Champion, Olympus, and building a respected name for H&H Farms. He was an active member of RMMCA & GDMA. He had many loves in this life including hunting and fishing, but above all he loved his family! Yes, there are carnivals in heaven, with bright lights and games galore. The 'jump' from earth to heaven Is the grandest one of all! Chuck made the show a good one, While here on earth he dwelled, So when he sets up in heaven, God will say, 'A job done well.' Following a private memorial service, the family will greet friends and relatives for dinner at Rosario's Restaurant, 2930 N. Elizabeth, at 2:00 pm. Monday, April 4, 2005. In lieu of flowers, memorials may be made to Sangre de Cristo Hospice, C/O Montgomery & Steward Funeral Directors, 1317 N. Main Street, Pueblo, Colorado 81003. Online condolences, www.montgomerysteward.com