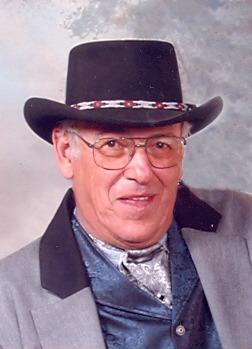 Charles 'Chuck' Alfred Keeler, 71, passed away Feb. 23, 2013. Chuck was born Dec. 19, 1941, in Raton New Mexico to Cecil A. and Bertha A. Keeler. He graduated from Raton High School in 1960. While attending high school, he started working with his dad at the local Safeway store. Chuck withdrew from Texas Western College to enlist in the Army to serve his country during the Vietnam War. He returned home in 1965, continuing his career with Safeway. Chuck married Sharon L. (Morgan) Keeler in Raton, New Mexico in 1966. His career, as a Safeway manager, allowed them to live in and enjoy many cities including, Pueblo, Colo, Walsenburg, Colo, La Junta, Colo, Clayton, New Mexico, Grand Junction, Colo, Durango, Colo and Salida, Colo. He and Sharon had a son in 1968, while in Pueblo and a daughter in 1973, while in La Junta. They were married until Sharon passed from breast cancer in 1997. Chuck retired in 1998, after a 43 year career with Safeway. Being retired allowed him more time to spend with his new wife Carmen (Voss) Keeler, whom he married in 1999. After retiring, Chuck and Carmen were able to focus on their hobbies and grandchildren. Chuck most enjoyed teaching his grandsons the finer points of hunting and marksmanship. Chuck was an avid sportsman. He dabbled in archery and guns when he was young and it continued throughout his life. He hunted some, but spent most of his spare time at various shooting matches and many disciplines over the years. Chuck was known by his S.A.S.S alias: Chuckwagon Chuck. He prided himself on his shooting accomplishments and even started casting his own bullets and shooting black powder.He is survived by his wife, Carmen Keeler; brother, Curtis Keeler of Raton, New Mexico; children, Shawn Keeler of Salida, Colo., Kimberly Roth of Bayfield, Colo.; step-children, Aaron Voss of Phoenix, Ariz. and Laura Harley of Tonto Basin, Ariz.; grandchildren, Blake and Tyler Horstman and Evan Roth; great-grandchildren, Renee and Elisabeth Horstman; four nieces; and four nephews. Chuck passed away from complications from by-pass surgery he had in October. At his request, there will be no services. Cremation has taken place and his ashes will be scattered at a favorite place in the mountains in the spring. In lieu of flowers, contributions may be made to the Bayfield Super Shooters, 564 County Road 504, Bayfield, CO 81122 (La Plata County 4H Club). His family would like to thank the staff of Minnequa Medicenter for their care, support and kindness. Online condolence, www.montgomerysteward.com