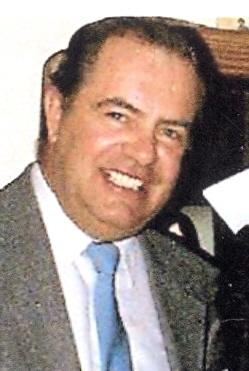 Charles A. 'Mac' McKim died May 29, 2012, at the age of 77 years. Preceded in death by his parents, Charles Alexander McKim and Frances McKim; son, Brian A. McKim; sister, Betty J. McCune; and loving cousin, Mary Jane Wilson. Survived by his wife of 36 years, Gwen D. McKim; sons, Charles A. McKim II, Eric J. McKim, Sean P. McKim and Barney McKim; including nine grandchildren and two great-grandchildren; beloved nieces, Pat Kupp and Josina Rivera. Originally from Pittsburgh, Pa., he attended Scotland School for Veteran's Children in Chambersburgh, Pa. until he graduated and joined the U.S. Army starting his long career which included three tours in Vietnam, Korea and the North Pole. After retiring from the U.S. Army, he went on to become director of security at the College of Santa Fe in Santa Fe, N.M. and eventually Mr. Mom. He was awarded the Bronze Star during his tour in Vietnam, assisted with the mayor of Farmington in the '80s in establishing what is now known as the Veterans Memorial and also in organizing the Freedom Days festivities in Farmington, N.M. He was a diehard Pittsburgh Steeler fan which included his love for the Penguins and Pirates as well. He loved his children and grandchildren, enjoyed bowling, horse racing, fishing and hunting. He was a beloved father, husband and friend who had such a generous heart that he had many times given the shirt off his back to anyone who needed it, including a place to stay. He loved life, meeting people and was a beloved man. Viewing, 4-6 p.m. Friday and service, 10 a.m. Saturday in the Montgomery & Steward Chapel followed by military honors by the Colorado National Guard Honor Guard. Online condolences, www.montgomerysteward.com