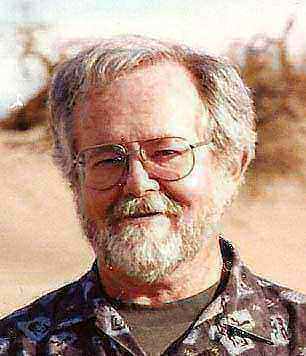 Byron P. Johnson, 69, passed away Feb. 14, 2010. Survived by his wife, Penny Whitten; mother, Leona Johnson of Pueblo; daughter-in-law, Marian Johnson of Penrose; brother, John Johnson of Raton, N.M.; aunt, Opal Krantz of Pueblo; and uncles, Donald Johnson of Littleton and Albert 'Doc' Johnson of Oregon. Preceded in death by his son, Darryl Johnson and father, Arthur Johnson. Byron was born Feb. 17, 1940, in Pueblo. An accountant turned archaeologist, Byron joined the Division of Conservation Archaeology at Salmon Ruins, Bloomfield, New Mexico in 1980, later directing the Division and eventually starting the Farmington office of Western Cultural Resource Management. Byron is largely responsible for the resurgence of Early Navajo archaeology in the Dinetah. His publication, 'Defensive Sites of Dinetah' is widely cited. An unassuming, soft-spoken man, known for his sense of humor, Byron's work resulted in the documentation and listing of numerous Navajo pueblito sites on the National Register and he leaves a significant legacy for New Mexico archaeology. He retired in 1995 when his wife took a job at the University of Nevada. They moved to Pueblo West in 2005. Byron liked hiking around Lake Pueblo, biking to the Nature Center for breakfast and encouraging the wildlife in his yard. There will be no viewing. Cremation, Montgomery & Steward Crematorium. A memorial open house will be held from noon until 3 p.m. Saturday, Feb. 20, 2010, at the family home in Pueblo West. In lieu of flowers, memorials may be made to the Nature and Raptor Center of Pueblo or Sangre de Cristo Hospice through Montgomery & Steward Funeral Directors, 1317 N. Main St., Pueblo, CO 81003. Online condolences, MontgomerySteward.com