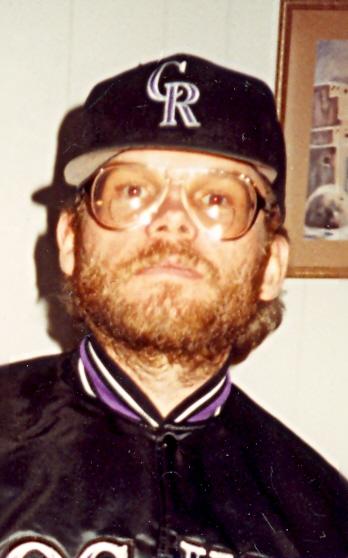 Brent Lee Fair, 51, born in Pueblo Colo., April 2, 1959, has passed peacefully on Aug. 7, 2010. Brent or Brentie, as he was affectionately known to his family, will be sadly missed by his parents, Shannon and Nancy Fair; brothers, Douglas (Claudine), Gregory (Nadine Wyatt); grandmother, Dorothy Gibbs; nieces, Emily, Carsen, Campbell and Chloe Fair, who treasured his infectious laugh and warm hugs; nephew, Ryan, who shared many a humorous story with Brent; and by all of Brent's special aunts, uncles, cousins and friends especially Aunt Jenny Eickelman who took such good care of Brent. Preceded in death by his grandparents, Velma and Adolph Fair and Henry Gibbs; uncle, Dave Gibbs; good friend, Bob Hamel; and cousin, Jack Walker. Brent attended the Colorado School for the Deaf and Blind for his primary years and then went to the Visually Handicapped Program at Dist. 60 Schools. He graduated from East High School after his junior year with perfect attendance. Quite a feat, considering his physical limitations. He showed great courage during this endeavor and throughout his life. He lived in Denver and attended a school for the disabled under the watchful eye of his Aunt Barb and Uncle Joe who gave him special care and guidance. He graduated from the National College of Business after he returned to Pueblo. After many years in his family's home, Brent's health required him to make a new home at Minnequa Medicenter where he received devoted care and made many friends there. We want to thank the staff and residents for all the kindness and love they gave to Brent during his time there. Brent was an avid sports fan and a devoted supporter to his brothers during their sports careers. He loved 'his' Rockies, and during a recent visit to Pueblo by Troy Tulowitzki, he was invited to come to Coors Field where he met and talked with many of the players. Todd Helton presented him with one of his bats and Brent was so delighted. We thank Jim Kellogg and his staff for their generous efforts, making a beautiful memory for Brent and his family. We also want to thank the Pueblo Group involved, including Sal Acuna, for giving Brent this opportunity. Brent also loved his radio friends and relied on the radio to listen to all of the games, and to win many contests. Brent will be dearly missed by all who loved him. He showed us all how to appreciate the simple things of life. Be at peace, our son, and we will love you forever. Memorial service, 2 p.m. Wednesday, Aug. 11, 2010, in the Montgomery & Steward Chapel. Family requests people wear their Rockies shirts to the service in Brent's honor. A memorial fund has been set up through the funeral home in Brent's name c/o Montgomery & Steward Funeral Directors, 1317 N. Main St., Pueblo, CO 81003, to establish a park bench and plaque to be placed at Runyon Field where he spent so much time. Family and friends will be received at the home of his parents to share stories and memories. Online condolences, www.montgomerysteward.com