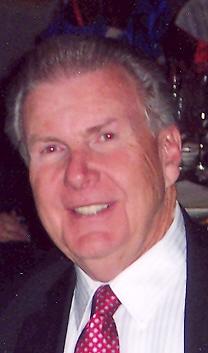 Bob J. Fleming, 'Papa,' 68, of Pueblo, Colo., was called away by the Lord on May 31, 2007. BJ, as he was affectionately known by family and friends, was born on July 8, 1938, in Athens, Arkansas. He moved to Pueblo at the age of four years old and has called Pueblo his home since that time. He was predeceased by his parents, Woodrow and Madge Fleming; mother-in-law, Carmella Koman; and brother-in-law, Mike Tafoya. He is survived by his loving wife of 32 years, Mary Frances Fleming; children, Terri and Ronnie Ortiz, John Fleming, Carl Marino and fiancée, Begi Stupar, all of Pueblo, and Gina Marino of Glendale, Arizona; grandchildren, Brandi Ortiz, Tyler Ortiz and fiancée, Naomi Isaacson of Pueblo; Ryan and Alecia Ortiz of Kingwood, Texas, Bobbi Lynn Fleming of Grand Junction, Colo.; great-granddaughters, Brooklyn Dash and Taylon Ortiz, who were the highlight of his life. He is also survived by his sister, Betty Tafoya; father-in-law, John Koman; numerous nieces and nephews. Bob was employed at Dana Corporation for 12 years and then with the U.S. Postal Service until his retirement in 1999, with 33 years of dedicated service. One of Bob's greatest enjoyments was being surrounded by his family and friends. He was an avid Rockies, Broncos and NASCAR fan. He will be greatly missed by those who knew and loved him. He was a kind, gentle and loving husband, father, grandfather, great-grandfather, brother and friend. A celebration of his life will be held with a Mass, 2 p.m. Tuesday, June 5, 2007, at St. Joseph Church, 1145 S. Aspen Rd., with the Reverend Father Derrek Scott as celebrant. Entombment will follow at Roselawn Cemetery. Online condolences, MontgomerySteward.com