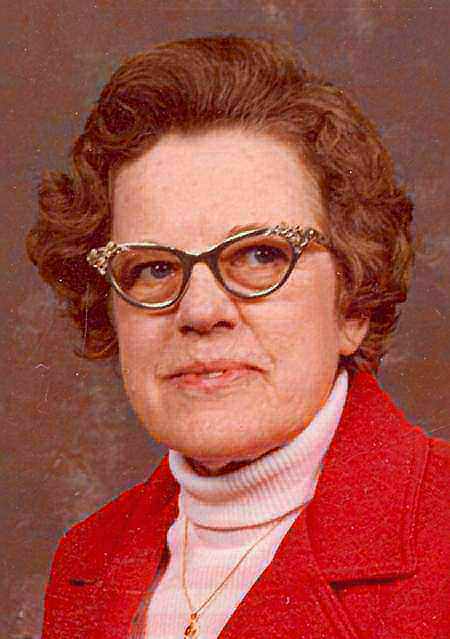 Reverend Blanche Marie Novak, 91, went to be with her Lord on Oct. 24, 2008. She was born in New York, New York on Nov. 27, 1916. Her family moved to Gary, Ind., in 1920. She was preceded in death by her parents, Mr. and Mrs. Frank Novak. She is survived by her cousins, Lillian Durkin and Robert Novak; and her niece, Linda Haggerty. Blanche attended Gary, Indiana schools and graduated from Emerson High School in three years with honors. She attended Southwestern Bible Institute and received her license with the Assembly of God Churches in 1936. In 1938, she became an ordained minister. Reverend Novak and Reverend Alma Hodgson began construction of the Evangelistic-Tabernacle on the corner of Ninth and Fountain in Pueblo in 1943. They were coined 'the two preacher girls.' They made the blocks used for construction with a cement mixer the county loaned them. With help from the community, the church was dedicated on a Friday night in 1946. During this same period, they were members of the Civil Defense and served as drivers. Blanche attended Southern Colorado State College where she graduated Magna Cum Laude with a B.S. Degree. In 1965 and 1971, she received the Colorado Woman of Achievement Award in adult education. In 1989, she was nominated SCSC alumni of the year. Blanche was Director of the GED Program at Pueblo Community College and taught Adult Basic Education until her retirement. She also produced the 'Boys and Girls for Jesus' program for KDZA radio. Viewing, noon to 5 p.m. Monday at the funeral home. Service, 10 a.m. Tuesday, Oct. 28, 2008, in the Montgomery & Steward Chapel with Pastor Roger Ferguson officiating. Burial will be in Crown Point, Indiana. Special thanks to Life Care Center and to her friends and caregivers whose kind support and consideration contributed to the final chapter in her journey. Online condolences, www.montgomerysteward.com