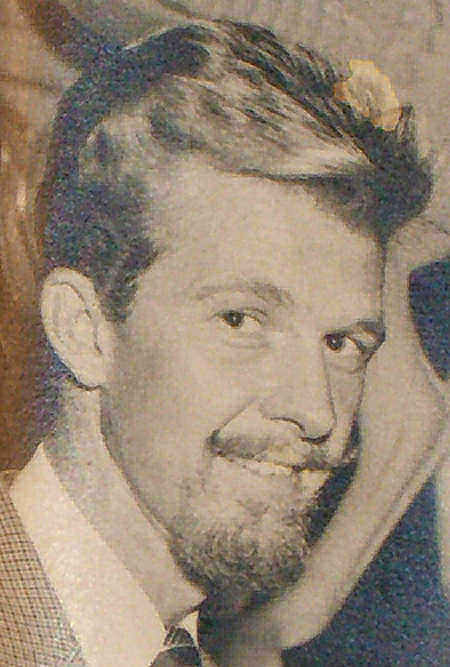 Bill K. Simms, of 2121 Elizabeth, passed away after a brief illness on March 24, 2008. Loving husband of Jacqueline A. Simms of Pueblo; and father of four sons, Scott Simms of Larkspur, Colo., Stryder Simms of Santa Fe, N.M., Tom Simms of Pueblo, Tim Simms of Pueblo, Colo.; and five daughters, Pamela Valentine of Vail, Colo., Lise Simms of Los Angeles, Calif., Jane Roche of Boulder, Colo., Joan Hess of New York City, N.Y., and Snow Simms of Aspen, Colo. Also survived by grandchildren, Danielle and Gabrielle Venturi, Matt and Mike Simms, Kelsey and Harper Simms, Sarah Grimes and Tony Rhoads, Katie and Kelly Roche; and brother of cherished baby sister, Bette Roper. Born on December 18, 1922, a lifelong resident of Pueblo, he graduated Centennial Class of '41. His travels in the Merchant Marine took him around the world. He distinguished himself as a businessman when he could be spotted downtown running a mile on his lunch hour in wing tips and a three-piece suit.(You try that!) An early career in finance and the automobile business segued into his true calling as an artist. While recovering from early heart problems, he embarked on avid period of watercolor painting. This was followed by an energetic phase of interior decorating. In later years he dedicated himself to singing popular songs of the '30s and '40s and the rigors of tap dance. A song and dance man at heart, with a three octave range, he performed a one-man show to a packed house on his 80th birthday. He also made a full-length record of swing standards. He was a lifelong tennis player and general sports enthusiast. A self- motivated accumulator of knowledge, he could converse intelligently on history, politics, art, religion and economics--you name it. He loved the English language and wrote songs and limericks for his children. He was outgoing, considerate, sensitive, a romantic and more than willing to give you the shirt off his back. Our father was a world-class booster and boaster of the charms of his wife and the talents of his nine children, and was particularly fond of touting his children's accomplishments. He loved Cole Porter, Irving Berlin, Johnny Mercer, Impressionist paintings, fine automobiles, all things beautiful and home-made peanut butter fudge, but most of all he loved his family. For us, this world will never be the same without him. Friends and family will be celebrating his life from 4-7 p.m. on Thursday, March 27, 2008, at the residence. Online condolences, MontgomerySteward.com