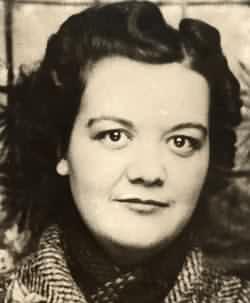 Beulah M. Whitehead 87, beloved mother and grandmother, better known as 'Meme,' passed away March 17, 2002. Preceded in death by her parents, Dave and Annie Potter; and her husband, Chet Whitehead on March 11,1967. Survived by her daughters, Sharron Ozbun and Patsy Whitehead; sister, Vonnie Perkins; brother, Verlin Potter; grandchildren, Shan Ozbun (Frank Riggio), Amber (Walt) Simpson and Billea (Eugene) Ames; great-grandchildren, Jeremy Simpson, Chesley Ames and Alyssa Ames, all of Pueblo; and beloved aunt to numerous nieces and nephews. Beulah was born Jan. 16, 1915, in Forgan County, Okla., and is from a pioneer family which came through Oklahoma and into eastern Colorado in a covered wagon when she was four. They homesteaded in Pritchett and eventually moved to Pueblo in the 1930s. She was a beautician for many years. Beulah was an avid youth hockey fan and especially enjoyed watching her great-grandsons play hockey. She was also a Denver Broncos and Avalanche fan. She was a life member of O.E.S., Fidelity No. 144. She will lie in state at the funeral home from 9 a.m. until 6 p.m. on Wednesday and 9 a.m. until noon on Thursday. Funeral service will be held at 2 p.m. Thursday, March 21, 2002, in the Montgomery & Steward Chapel with Mr. Richard Hijar officiating, concluded with an Eastern Star Service by Fidelity No. 144. Interment will follow at Roselawn Cemetery. The family will receive friends and relatives at the Roselawn Hall after the interment. Special thank you from Meme's family to both the staff at Parkview Rehab Floor and the staff at Life Care Center for the tender loving care given her.