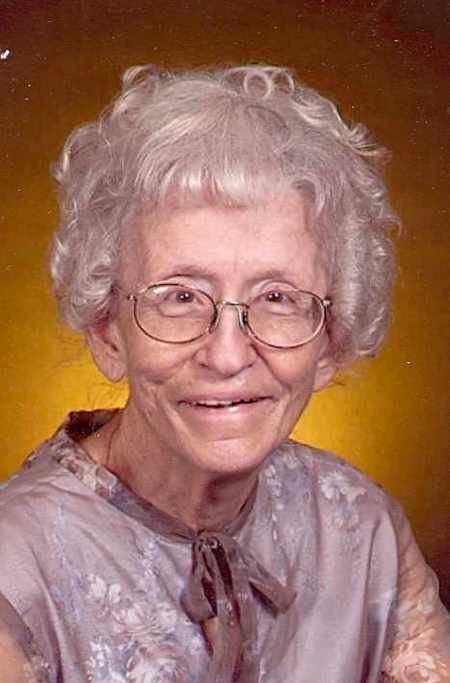 Betty Jean Yarbrough West, 82, was born into a home where the love of learning and civic duty was a strong and positive force. Both of her parents were school teachers and her father, B. Theo Yarbrough, was County Superintendent of Schools for Texas County, in the Oklahoma panhandle. A high school in Oklahoma, eight miles south of Elkhart, Kansas, is named in honor of him. Born on Dec. 16, 1928, the third of four children, Betty Jean spent her childhood in a number of towns in Oklahoma where her father taught school and sold insurance. She graduated from Hooker High School, class of 1946, Hooker, Okla., and attended college at Panhandle A&M, Phillips University, and Bethany Nazarene College. In 1950, she met an Air Force Sergeant named Edward J. West and they married on Dec. 16, 1950. E.J. was a meteorologist (weather forecaster) whose assignments with the U.S. Air Force and later NOAA (National Weather Service) took the family from Oklahoma City to Braintree, England, to Chanute, Ill, Oklahoma City, Etain, France, Colorado Springs, Denver, Casper, Wyo., Pueblo, Colo. and Grand Junction, Colo. Since his retirement, Betty Jean and E.J. have lived in a home they own on the St. Charles Mesa, southeast of Pueblo. Although she was a dedicated mother and homemaker, and although her husband's career required frequent moves, Betty Jean was able at times to hold jobs and pursue entrepreneurial and volunteer opportunities. Among other things, she taught elementary school at Casper, Wyo. and Grand Junction, Colo. She supplemented the family income with sewing and alterations, and was nearly always active in church as a Sunday School teacher, pianist and organist. Betty Jean and E.J. are the parents of five children. Edward Dwayne was born in December of 1952, Myron Ross was born in November of 1955, Yvonne Colleen was born in May of 1958, and Winifred Jean was born in December of 1960. Another son who died the same day as his birth was delivered between Edward and Myron. Their son, Myron, married Kimberly Parker in 1980, and they have two sons. Yvonne married Charles Michael Lee in 1983, and they have three daughters and two sons. Wendy married David Reed in 1983, and they have two sons. Edward married Donna Knight in 1992 and shared a home with Donna's two youngest children. E.J. and Betty Jean have 16 or more great-grandchildren, although none of them are related by blood kinship. Another valued member of their extended family is exchange student, Joseph Chung of Malaysia, who lived with Mr. and Mrs. West in 1987 and 1988. Betty Jean and E.J. were longtime members of Grace Baptist Church until it closed, after which they attended New Life Bible Church, and attended and joined Grace Community Bible Church. For a number of years prior to her death, Betty Jean suffered from Alzheimer's related dementia. Now that suffering is finished and she is with our beloved Lord Jesus, in Whose presence is fullness of joy. (Psalm 16:11) Viewing from 4 to 6 p.m. Wednesday in the Montgomery & Steward Chapel. Service, 11 a.m. Thursday, Oct. 27, 2011, at Grace Community Bible Church, 1405 25th Lane, with the Rev. Al Dagel officiating. Interment Saturday at Crossroads Cemetery in Kingsland, Ark. Memorials may be made to Child Evangelism Fellowship through Montgomery & Steward Funeral Directors, 1317 N. Main St., Pueblo, CO 81003. Online condolences, MontgomerySteward.com