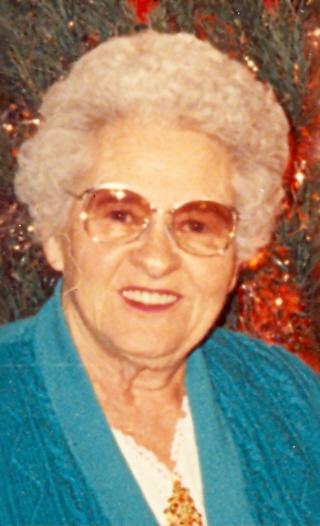 Betty Fay Ballinger, 85, passed away in the morning of March 10, 2010, in Pueblo. Survived by her husband of 59 years, Henry Ballinger; her older sister, Mildred Trotter; two daughters, Becky and Marsha; son, David (Merrill) Ballinger; three grandchildren, Austin, Nathan and Sherry. Fay is preceded in death by her son Rick Ballinger. She was born in Chattanooga, Tennessee on March 17, 1924, to John V. and Mamie Trotter. Fay attended school at Marr's Hill Junior College for two years. Earned her degree at Wake Forest College and moved to Ft. Worth, Texas to attend Southwestern Baptist Theological Seminary where she graduated with honors. This is where she met and married Henry Ballinger. Their first child , Rick, was born in Ft. Worth on March 10, 1954. They moved to Walsenburg, Colorado where Henry was the pastor at a small Baptist church for three years. Their second child, Marsha was born. Fay and Henry moved to Pueblo in 1958, where their next two children, Becky and David, were born. This is where they settled to raise their family for the next 52 years. Fay taught school at Pleasant View Baptist Church for four years. She worked at the Colorado State Hospital as a clerk in the Medical Record department for 16 years. Her greatest passion was working with children which included, Sunday school teacher, classroom teacher, mother, and grandmother. We will never forget how she would drive around the neighborhood gathering up children in her station wagon to take them to bible camp or Sunday school. She is greatly admired for her strong devotion to her church, her family and her husband. At her request, there will be no viewing. Service, 11a.m. Tuesday, March 16, 2010, in the Montgomery & Steward Chapel with Pastor Dave Grossman officiating. Interment, Mountain View Cemetery. Online condolences, www.montgomerysteward.com.