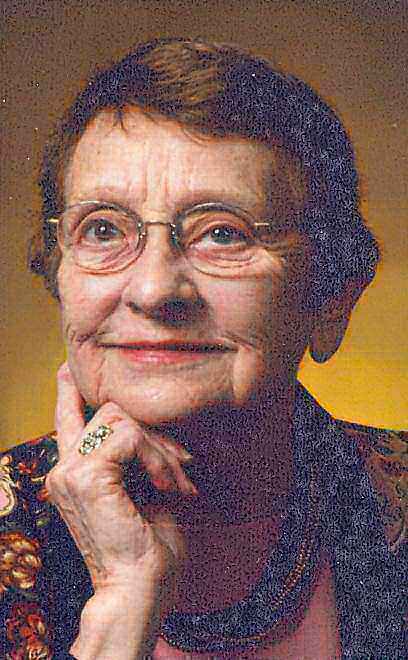 Bernese Ummel passed away on July 2, 2009, at age 93, after a long and fruitful life. Born Bernese Emily McCray in Kearney, Nebr. on September 14, 1915, she graduated from high school in Aurora, Nebr. in 1933. In 1937, she married Don Ummel (who passed away in 1975) and together they moved to Pueblo in 1938. Bernese was a person with seemingly boundless energy. While raising a family and working, Bernese went back to school to earn Bachelors and Masters degrees in education. She taught elementary school and elementary reading at Spann and Goodnight Schools, retiring in 1981. Bernese was a long time active member of the First Baptist Church. She was Calling Committee Chair of the American Association of University Women and of Delta Kappa Gamma, and Treasurer for the Pueblo Retired School Employees Association for years. She was a supporter of the Pueblo Zoo, the Nature Center, the Symphony, the Pueblo Chorale, the Rosemount Museum, the Sangre de Cristo Arts Center, the Wayside Mission, and Cooperative Care. She was always on the go. Along with a very close group of friends known as 'the Troupe,' which included Betty, Sue, Phyllis, and later, her daughter, Susan. Bernese loved to play bridge, go to concerts, theatre, and opera, and to travel to many countries including Europe, Russia, Greece, Turkey, and, her favorites, China and rafting amongst the whales off Baja California. Bernese is survived by her daughter, Susan; son, Jim; grandchildren, Kristin and Marc; eight great-grandchildren; and her younger sister, Gretchen (Ken)Troester and their family. Memorial services will be announced. In lieu of flowers, donations may be made to Cooperative Care and the Pueblo Zoo through Montgomery & Steward Funeral Directors, 1317 N. Main St., Pueblo, Colo. 81003. Online condolences, MontgomerySteward.com