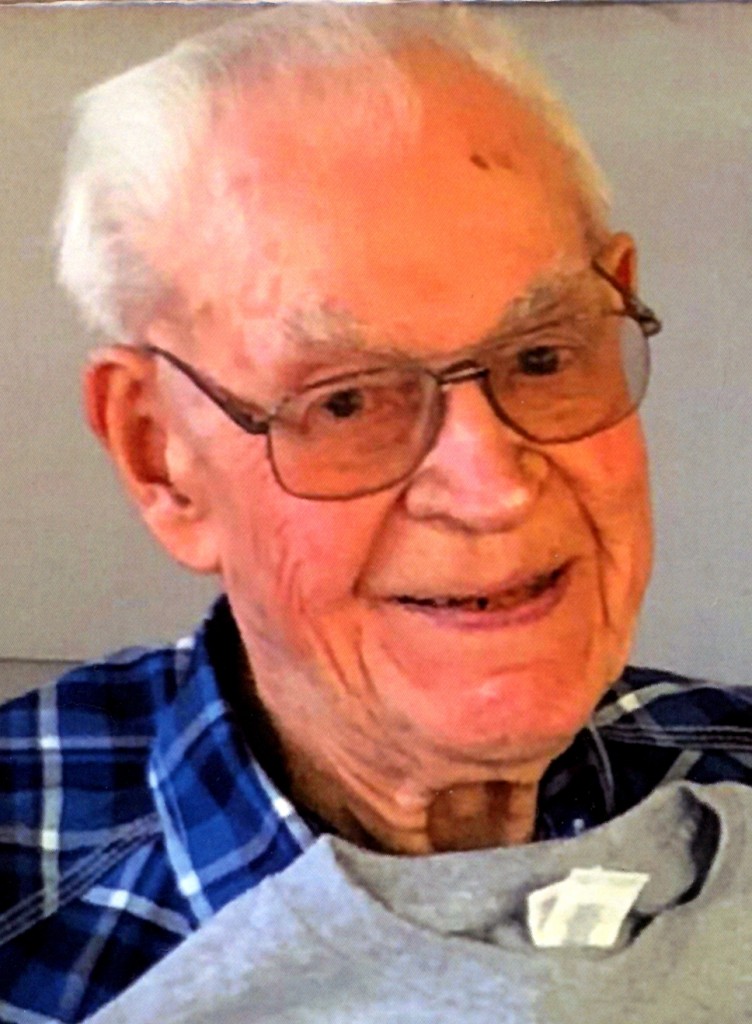 Ben Crum, 100, passed away February 1, 2019. Survived by children, Cindy (Mike) Young and Curt (Sharon) Crum; grandchildren, Vince (Julie) Vogel, Daniel Vogel and Louis (Marci) Crum; great-grandchildren, Katherine Vogel, Nick Staley, Kinsley Crum, Keagan Crum; and numerous nieces and nephews. Preceded in death by his loving wife, Verda, in 2007. Ben was born to Susie and Harold Crum in Perry, Okla., on June 19, 1918. Ben's family moved to Perryton, Texas when he was six months old, where they farmed. He was later a rancher, owned Ben's Hickory Pit in Pueblo, hunted uranium... In the 50s he discovered his true purpose and passion, and became a Realtor in Pueblo. Everyday he exclaimed how much he loved his job! He was named Trader of the Year and Realtor of the Year several times, was very active in the real estate community. He reluctantly retired when he was 85. Ben had an active, fertile mind and in retirement discovered writing and poetry. He was a great poet!!! He lost Verda, the love of his life in 2007; not a day passed that he didn't mention how much he missed her. Ben was known for his storytelling; he could capture and hold an audience as he wove his tales. His children and grandchildren were especially fortunate as he created tales of magic for them; stories about bears, and elephants and giant spiders...it was especially great when the elephant finally got strong and mashed the giant spider!! In later years, Ben was hospitalized for various things and never failed to capture the hearts of the nurses and doctors who cared for him...they kind of wanted to keep him. He was always polite and considerate, rarely complained...even when he probably should have. The family would like to thank and acknowledge Jim Butcher, friend of over 50 years, who maintained constant contact and called every Monday to meet with him for lunch. He was blessed with the greatest caregivers ever, Cheryl Garcia and Becky Goolsbay. They loved and cared for him as if he was their own. Always there, always kind. Loved his stories. Dave Vogel, friend, who helped with tekky things and other things he couldn't do anymore. Furry friend, Lucky, with whom he shared the common bond of age... Cremation, Montgomery Steward Crematorium. Memorial service, 10 a.m. Friday, February 8, 2019, in the Montgomery & Steward Chapel. Memorials may be made to the charity of the donor's choice. Online condolences, www.montgomerysteward.com