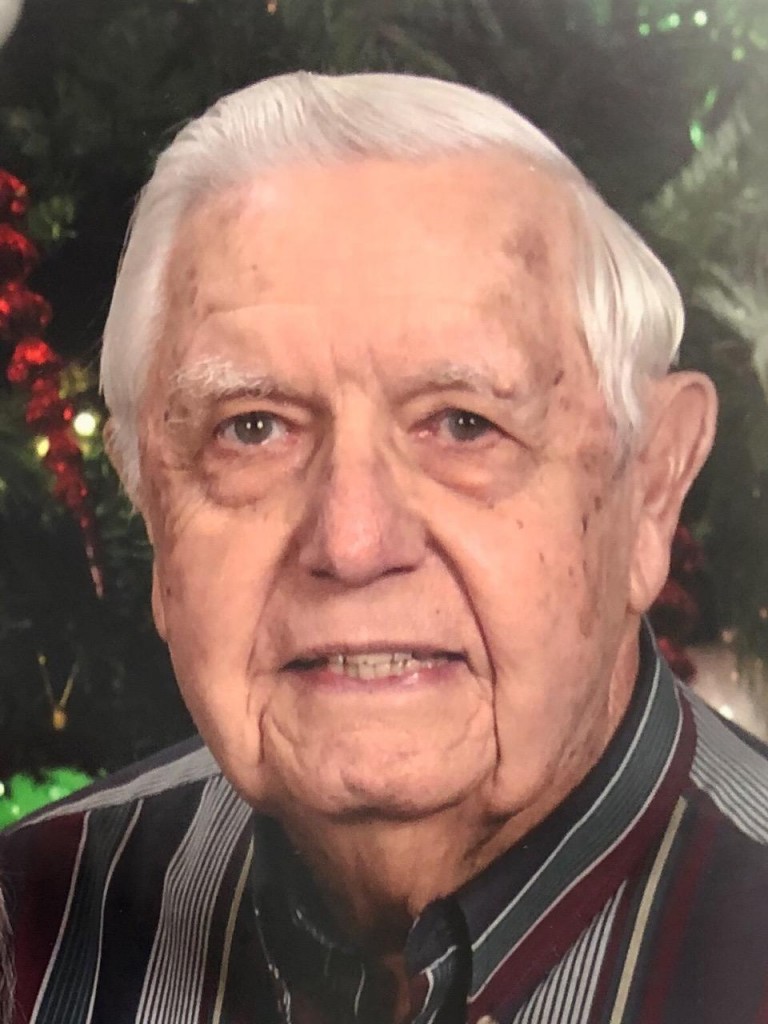 Austin A. Bradley, 90, passed away on September 18, 2019, at his residence in Pueblo, Colorado. Austin was born on January 19, 1929 on the Bradley Farm in Herndon, Virginia to Mate Lewis and Allen Bradley. He graduated from Herndon High School and Virginia Polytechnic Institute (Virginia Tech), and was then commissioned in the Air Force. He served in the Korean War as an F-80 fighter pilot. He married Starling Simmons on October 29, 1955, his wife of 64 years. He was an airline pilot for 34 years and a captain at American Airlines for 20 years; he ended his career with a memorable smooth soft landing following a long transatlantic flight. He raised his family at his home built on the Bradley Farm. In retirement, he and Starling lived in Hayesville, North Carolina, where they hosted an annual family reunion at his lake home. He loved his extended family, golf, poker night with friends, and ice cream. And everyone loved his ever present kindness and generosity. He was an active member of the Floris United Methodist Church in Virginia and the Hayesville First United Methodist Church. He was also a member and past-president of the Rotary Club of Herndon. Austin is survived by his wife, Starling; his four children, Sharon (Paul) McMahan of Pueblo, Colorado, A. Allen Bradley Jr. of Iowa City, Iowa, Barbara Bradley of Lawrence, Kansas, and Carolee (Douglas) Davey of Quincy, Florida; and his four grandchildren, Lynne McMahan of Kansas City, Missouri, Paige McMahan of Columbus, Ohio, and Zachery and Joshua Davey of Quincy, Florida. Austin was preceded in death by his brother and sister-in-law, Lewis and Anna Lou Bradley. An internment service will take place in Hayesville, North Carolina, next summer. In lieu of flowers, memorials may be given to the Hayesville First United Methodist Church, P.O. Box 85, Hayesville, NC 28904. The family of Austin Bradley wishes to extend our sincere thanks to the special people of Sangre de Cristo Hospice & Palliative Care and Visiting Angels.