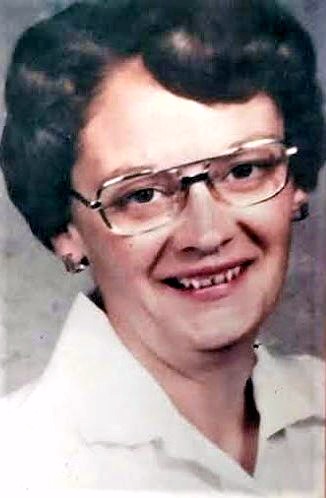 Aurelia 'Glee' White went to be with the Lord on September 12, 2018. She was born to William and Nola Tompkins on August 27, 1942, in Pratt, Kan. She graduated from Centennial High School in 1961 and began her working career at Rocky Mountain Bank Note where she worked in the bindery and stockroom. She later worked at White Envelope and finished her working life as a door greeter at the south side Walmart. She married the love of her life, Herbert 'Donald' White on August 6, 1976. He brought to their life three children, Donald, Donna and Danny White. In her younger years 'Glee' and 'Donald' were avid square dancers and loved to go water skiing and be with family and friends. Glee had a big heart for animals and it was evident as she had rescued several dogs and cats from the shelters. She was also a big fan of John Wayne and Mickey Mouse. Survived by her sister, Donna Bosley; children, Donald White, Danny (Liz) and Donna Roper and family from Las Vegas, Nev; grandchildren, Dustin and Zach White from Craig, Colo.; nephews, Sean (Marji) McNair, Adrian (Michelle) McNair and Michael Bosley. Preceded in death by her parents, William and Nola Tompkins; and her husband, Herbert 'Donald' White. Graveside Service, 11 a.m. Monday, September 17, 2018, at Mountain View Cemetery. Online condolences, www.montgomerysteward.com