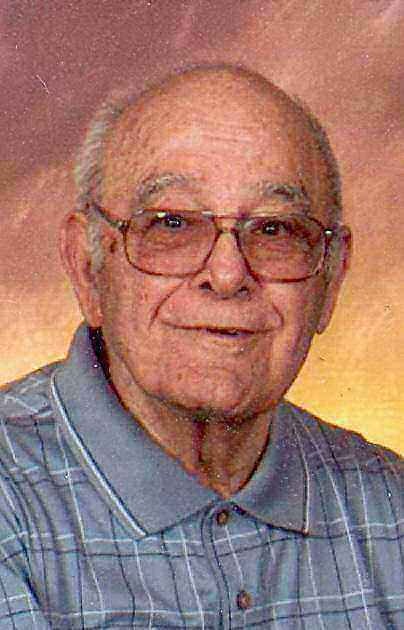 Anthony G. 'Tony' Clementi, 88, left us September 23, 2010. Survived by wife, Helene; children Barbara, Carolynn (Gary) Kranse, David; blended family Donna (Jeff) Sanderson, Gary (Dianne) DeLeon, Greg (Sandra) DeLeon, Paul DeLeon, Jeanne (Tom) Padilla; and by grandchildren Jordan, Kameron, and Madison Kranse, Katherine Sanderson, Aaron, Lindsey and Jill DeLeon, Mack and Sergio Padilla. Preceded in death by his parents, James and Josephine Clementi; wife, Joan; sisters, Geri Erickson and Jackie Littledale. Born March 18, 1922, Tony was a beloved educator who touched the lives of thousands of students and staff as a teacher and as principal at Freed, Pitts and Roncalli Middle Schools. Tony moved to Pueblo from Bern, Kansas, where he'd settled after serving his country in the 10th Mountain Division during World War II. Here in Pueblo, he continued his service as a public school teacher, becoming active in Pueblo Education Association, Pueblo Lions' Club and his church. Not one to sit back and watch, Tony was always at the front of the action, working and fighting for his kids, his school, his community. He loved sports and was a notable gymnast in college at Kansas State, where he earned his undergraduate degree, later earning a Master's from Columbia University. He grew that love into an amazing talent as a coach of athletic and later, instructional teams, able to find, harness and focus the best in each member of his team. Tony challenged himself, his family and friends, as well, in woodworking, gardening, dancing, cribbage and golf, enjoying the people he was with as much as the challenge. Pueblo is a better place for Tony's having lived here with us; he will be sadly missed, but his memory and spirit live in every one of us whose lives he touched. Visitation, 4 to 8 p.m. Sunday, September 26, in the Montgomery & Steward Chapel. Funeral Mass, 10:30 a.m. Monday, September 27, Christ the King Church. Please omit flowers and food. Memorials may be made to the Pueblo District 60 Education Foundation, 315 W. 11th St., Pueblo, CO 81003. Online condolences, MontgomerySteward.com