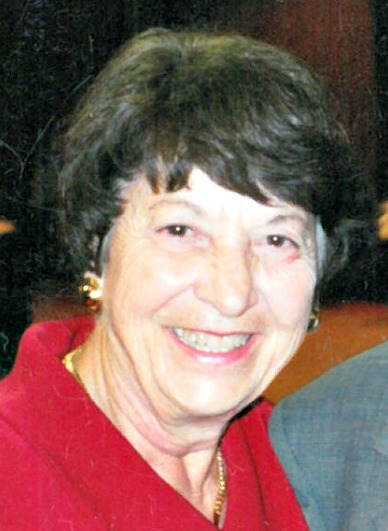 Anna J. Floyd, 89, departed this world on March 14, 2017. In the final years of her life, she overcame cancer, yet ultimately succumbed to Alzheimer's disease. Her life was long and well-lived, and her indomitable spirit will live on in the many people whose lives she touched. Anna [Konogeris-Kelloff] Floyd was born in Trinidad, Colorado, on August 10, 1927, the fourth of seven children. She was a first-generation Greek American, both of her parents having emigrated at an early age from Greece. Anna was a proud member of the Greek community, reveling in the cultural aspects and ties to family and tradition, as well as the comfort and guidance of a deep spiritual connection to the Greek Orthodox faith. She was the first woman to serve on the Parish Council at St. Johns Greek Orthodox Church in Pueblo. Anna attended high school and college in Trinidad, Colorado, before relocating to Pueblo with her first husband, Mitchell Kelloff, Sr. Together they opened and managed 19 movie theaters, including the historic Uptown Theater in Pueblo. Following their divorce in 1967, she began a second career with the Colorado Division of Rehabilitation, where she met her second husband, Robert E. Floyd. They were happily married for 41 years. She advanced into a leadership role nationally as the President of the organization advocating for the rights of administrative assistants. Following her retirement in 1990, Anna and Robert explored the world, with far-flung travels to distant ports of call on several continents. Beyond absorbing the local culture, Anna would befriend local citizens with a ready ease. Her address book was ever expanding to include new friends and acquaintances met along the way. In a similar manner, she opened her home to new arrivals and visitors. And her table was always filled with magnificent feasts. Her social prowess was unbounded. She seemed to know someone no matter where she traveled. Anna had a keen intellect. She was a voracious reader, loved the cultural arts, was a formidable Scrabble player, and enjoyed hosting parties and social gatherings. She learned how to use a computer late in life, mainly to keep in touch with a host of friends around the world. She possessed a deep respect for humanity, and was quick to come to the aid of the less fortunate. But her strongest instincts were maternal. She was a loving and devoted mother to her four children, providing them with reasoned guidance on succeeding in the world, and she doted on her seven grandchildren. She was preceded in death by her beloved husband, Robert E. Floyd, and step-daughter Sheron (Terry) Groselose, and is survived by her children Connie (Bob) Davis; sons, Mitchell (Beth) Kelloff Jr., Edward (Kathy) Kelloff and Phillip (Alison) Kelloff; grandchildren, Cameron (Beth) Werker, Neva (Jake) Shoemaker, Nick, Annalise, Graham, Zachary and Sara Kelloff; sisters Irene Albeck and Helen (Joseph) Wheby. Visitation, 5 p.m. and Trisagion Service, 6 p.m. Friday, March 17, in the Montgomery & Steward Chapel, 1713 North Main Street. Funeral, 9:00 a.m. Saturday, March 18, at Saint John Hellenic Orthodox Church, 1010 Spruce Street. Interment will follow at Roselawn Cemetery. Luncheon, Saint John Hellenic Orthodox Church following the internment. In lieu of food and flowers, memorials may be made to St. John Orthodox Church or The Alzheimer's Association, through Montgomery & Steward Funeral Directors, 1317 N. Main St., Pueblo, Colo., 81003. Online condolences, MontgomerySteward.com.