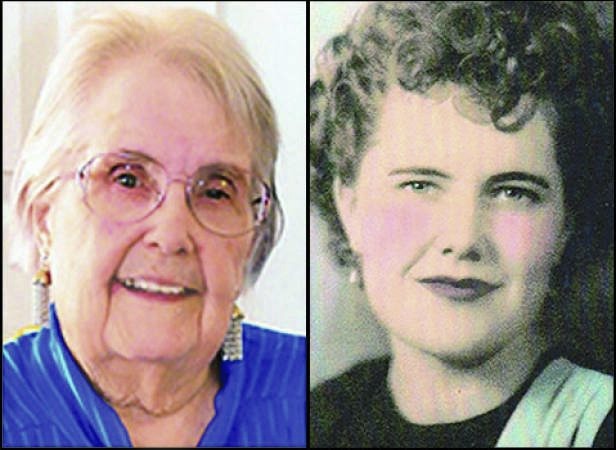 Alta Vesta Booth Denton, 88, passed away April 7, 2016. Survived by husband of 70 years, Byron Lester Denton, whom she married on Jan. 17, 1946; daughters, Cecilia (Terry) Coombs of South Fork, Colo., Leslie (Bruce) Neldner of Pueblo, Colo., and Susan (Joe) Hockett of Pueblo, Colo.; 11 grandchildren, Cherylene Brunelli, Bruce Denton, Jeremy Coombs, Crystal Ross, Carrie Bernkopf, Sarah Carothers, Scott Neldner, Lindsey Giltner, Laura Hockett, Shelby Hockett and Amy Hockett; and 21 great-grandchildren. Preceded in death by parents, Lloyd H. and Lillie Booth; brother, Lloyd V. Booth; son, Francis Bruce Denton; and cousin her parents raised, James White. Born to Lloyd H. and Lillie Booth on June 25, 1927, in Keyes, Okla. She was an exceptional crafter, enjoyed sewing, embroidery, and many types of needlework. She loved being a grandma and making things for her grandchildren. She was proud of all of them and loved them dearly. She was a Girl Scout leader for 31 years, and was active in her church in La Veta, Colo., where she played piano and organ before moving to Pueblo in 1997. Cremation, Montgomery & Steward Crematorium. Memorial service will be held in June with the time and date to be announced later. Interment will be in La Veta Cemetery. Memorials may be made in Alta's name to Sangre de Cristo Hospice, 1207 Pueblo Boulevard Way, Pueblo, CO 81005. The family would like to thank the staff of the ICU at St. Mary-Corwin and Sangre de Cristo Hospice for taking such good care of our mother and grandmother.